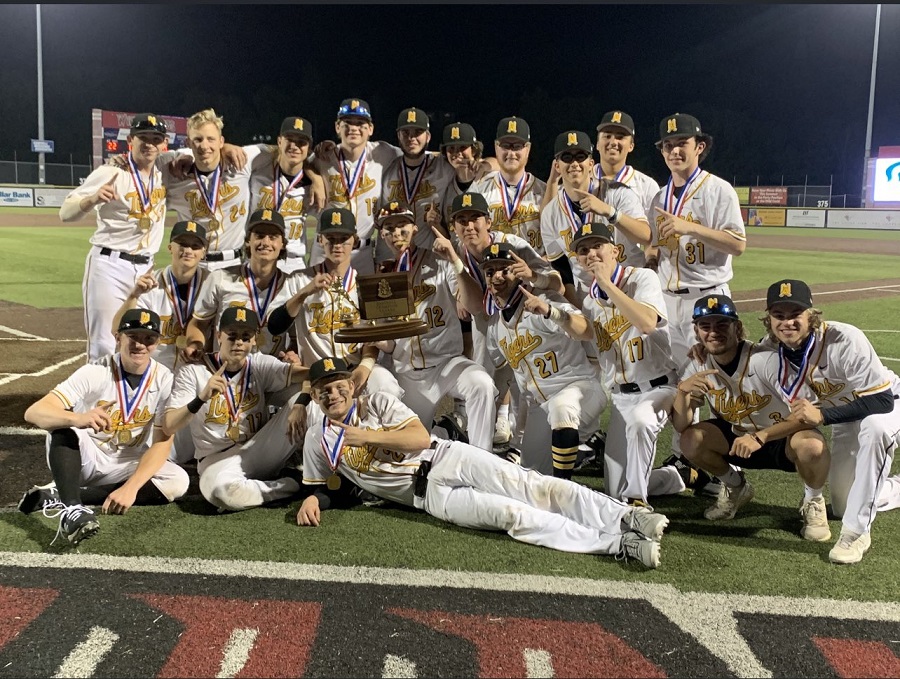 North Allegheny became the first school in WPIAL history to win an eighth baseball championship with a 4-0 shutout of Hempfield in the WPIAL Class 6A title game at Wild Things Park in Washington, PA. The Tigers had been tied with Allegheny and McKeesport with seven WPIAL crowns before winning their eighth on Tuesday night.

The Tigers were spearheaded by a masterful performance on the mound by righthander Kyle Demi. The senior hurler twirled six shutout innings, permitting only two hits and striking out 11 batters to improve to 8-0 on the season.

Hempfield’s ace Phil Fox, a Gardner-Webb commit, did his best to keep pace with Demi and wiggled out of two early jams in the first two innings. After back-to-back hits by Aaron Galaska and Erik Sundgren to start the bottom of the third inning, Fox struck out the next two batters and it appeared he might escape another sticky situation. However, with star shortstop Cole Young up next and first base open, the Spartans elected to pitch to the Duke University commit rather than pitch around him. The strategy backfired as Young belted a hard groundball into rightcenter field to bring home Galaska and Sundgren and the Tigers led, 2-0. The RBI’s give Young 21 on the season.

North Allegheny added on to the lead in the bottom of the fifth inning when Ethan Gavlik scored on a passed ball for a 3-0 advantage. Fox suffered the loss for Hempfield, allowing three runs (two earned) in 4.2 innings with seven strikeouts and two walks.

Jake Kramer worked in relief for Hempfield and served up a sixth-inning home run to sophomore Spencer Barnett for an 4-0 lead. The long ball was Barnett’s eighth of the season, tying the program’s single-season home run record. The WVU commit is now tied with Andrew Henigin, who hit eight home runs for North Allegheny’s last state championship team in 2000.

With the win, North Allegheny improves to 20-3 on the season. The 20 wins are the most for the Tigers since winning 22 games in 2013, which was NA’s last WPIAL championship team prior to Tuesday’s win over the Spartans. Hempfield falls to 15-8 on the campaign. Both teams qualify for the PIAA tournament, which begins on Monday.