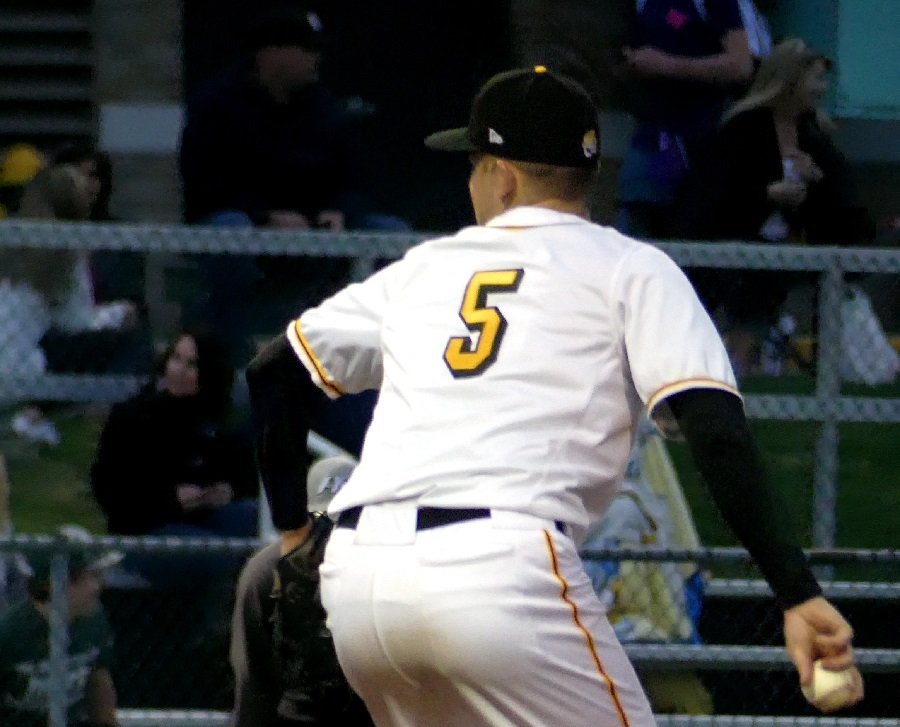 Tigers Edged By No. 1 Pine-Richland In Pitcher’s Duel, 1-0

The top-ranked Pine-Richland Rams edged the fourth-ranked North Allegheny Tigers on Wednesday night, 1-0, to clinch an outright Section 1-AAAAAA title. The Rams scored the game-winning run in the top of the seventh inning on a two-out RBI single by Josh Johnson. Pine-Richland reliever Maxx Harpalani picked up the win with two scoreless innings of relief and struck out five of the seven batters he faced.

The game was a tense pitcher’s duel between Pine-Richland ace Ryan Okuda and North Allegheny’s Danny Caropresi. The NA right-hander matched the highly touted Okuda pitch-for-pitch in an impressive performance.

While hits were hard to come by, the Tigers had at least one batter reach base in all six innings that Okuda was on the mound. North Allegheny’s biggest threat came in the bottom of the sixth when Bobby Brown reached on a pop-fly single and Colin Cain walked. With Okuda showing signs of fatigue and nearing the 100 pitch count, the Rams turned to Harpalani in relief. Kevin Janosko laid down an effective sacrifice bunt to move the runners to second and third. Harpalani bounced back with a strikeout but then walked Ben Surman to load the bases with two outs. The Presbyterian recruit buckled down and again struck out an NA hitter to leave the bases loaded.

In the top of the seventh, Pine-Richland took the lead on the Johnson RBI single that scored Nick Montanari for the game’s only run. Caropresi was the hard-luck loser despite pitching a gem. Caropresi went the distance and allowed only five hits and one unearned run, while striking out seven batters and walking two. For his efforts, Caropresi was named the Wright Automotive Player of the Game.

North Allegheny dips to 10-5 overall and 5-4 in Section 1. Pine-Richland improves to 14-3 overall and locks up a second straight outright section title. Having already clinched a playoff spot, the Tigers round out the section schedule with a visit to Central Catholic on Friday.