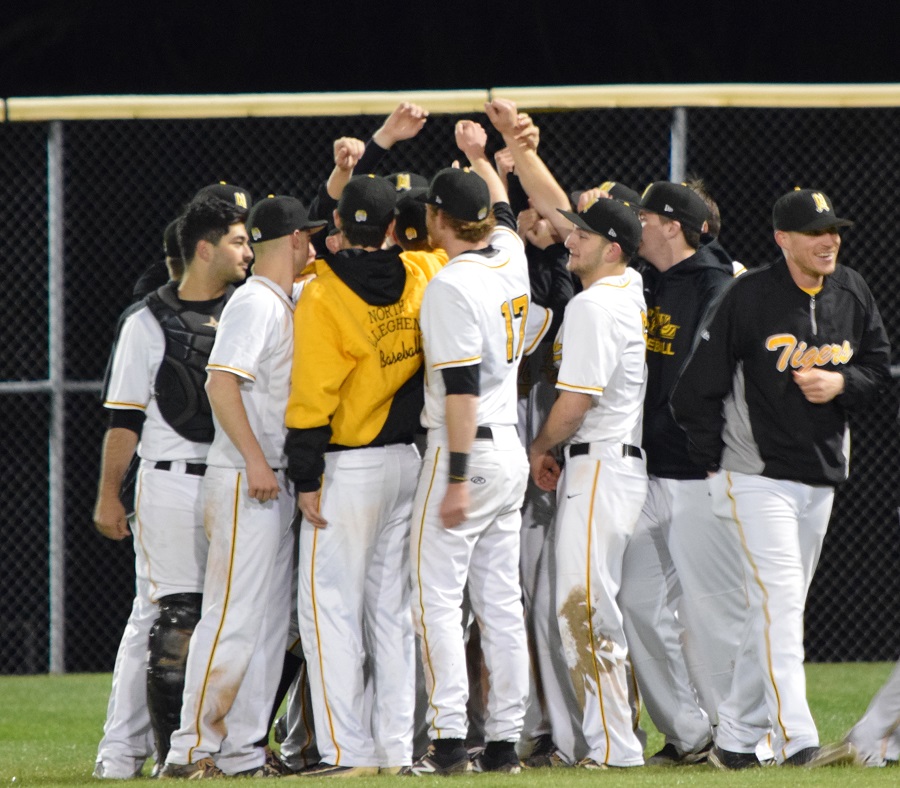 The WPIAL baseball playoff pairings were released on Friday afternoon and the North Allegheny Tigers were granted the No. 10 seed and a Class 6A first round matchup with the seventh-seeded Penn-Trafford Warriors. The Tigers and Warriors will play on Wednesday at 7:00 p.m. at Latrobe High School. For the Class 6A brackets, click here.

North Allegheny finished the regular season with a 10-10 record and fourth-place finish in Section 1 with a 4-6 mark. Penn-Trafford was 13-5 overall and finished a tie for second place in Section 2 with a 7-3 record. The Tigers and Warriors played earlier in the season on April 12 with NA claiming a 6-2 win at Penn-Trafford.

The Tigers are making their seventh straight appearance in the WPIAL playoffs and are hoping to reach the Class 6A title game for the second straight year. NA has won seven WPIAL title and two state crowns.

North Allegheny played in its regular season finale on Friday afternoon ahead of the WPIAL playoffs and dropped a 4-3 decision to Chartiers Valley.