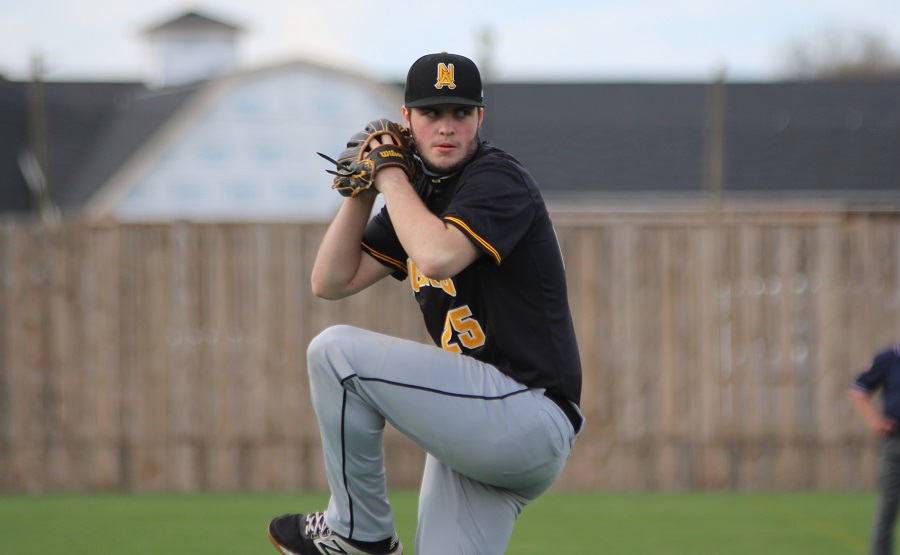 Logan Andreyko and Cole Young each homered and pitcher Brady Palmer (3-0) went the distance as North Allegheny earned an 8-1 victory over Central Catholic at the No Offseason Complex on Monday afternoon. The win was NA’s sixth in a row and keeps the Tigers in a three-way tie for first place in the Section 1-6A standings.

The scoring started in the second inning when Spencer Barnett bounced a hard ground into right field to score Joe Manesiotis and Aaron Posey for an early 2-0 lead. In the bottom of the second, Palmer made his only mistake of the day in an otherwise masterful performance, allowing a solo home run to Will Ray and the NA lead was trimmed to 2-1. In an efficient 84 pitches, Palmer permitted just four hits and struck out five to earn his third victory of the season in a complete game effort.

With Central Catholic’s lineup held in check by Palmer, the Tigers’ big bats exploded in the next two innings. In the top of the third, an Ethan Gavlik RBI single preceded a two-run homer by Young to increase the NA lead to 5-1. The long ball was Young’s third of the season. In the fourth inning, Andreyko gave NA a stranglehold of the contest with a three-run blast, his first of the year, to bring the score to its eventual final, 8-1, Tigers.

North Allegheny improves to 8-1 overall and 4-1 in section play. Central Catholic falls to 6-4 overall and 2-3 in the section. The teams will match up again on Tuesday afternoon at 4 pm at NASH. The game will be broadcast live via the internet on the North Allegheny Sports Network.