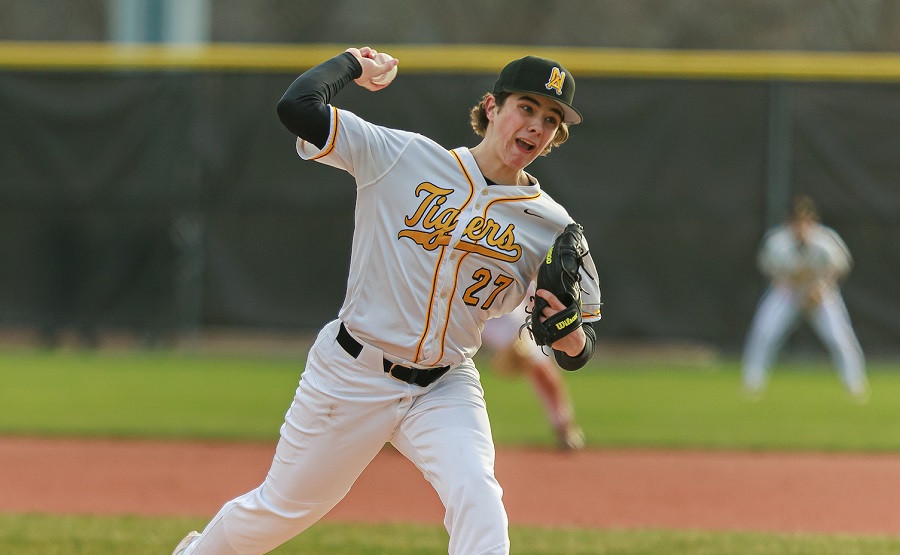 I am super excited to announce that I will be furthering my academic and athletic career at the University of Gannon. I would like to thank god, family, friends, and coaches as they supported me throughout this process. @Spikes_Baseball @Josh_Sharpless @chaserowe23

As a junior, Ward made a splash in the North Allegheny starting rotation before an injury derailed his season. In four starts, the right-hander posted a 1-1 record with a 3.42 ERA. In 14.1 innings of work, he struck out 17 batters while walking only six. Ward’s most impressive outing came in the section opener against Seneca Valley as he blanked the Raiders over six innings in a 4-0 victory for the Tigers.

Ward will join a Gannon University program that went 29-17 in 2022 and earned the top seed out of the Western Division in the Pennsylvania State Athletic Conference (PSAC) Tournament. The Golden Knights also earned an At-Large bid to the NCAA Tournament and Atlantic Regional.