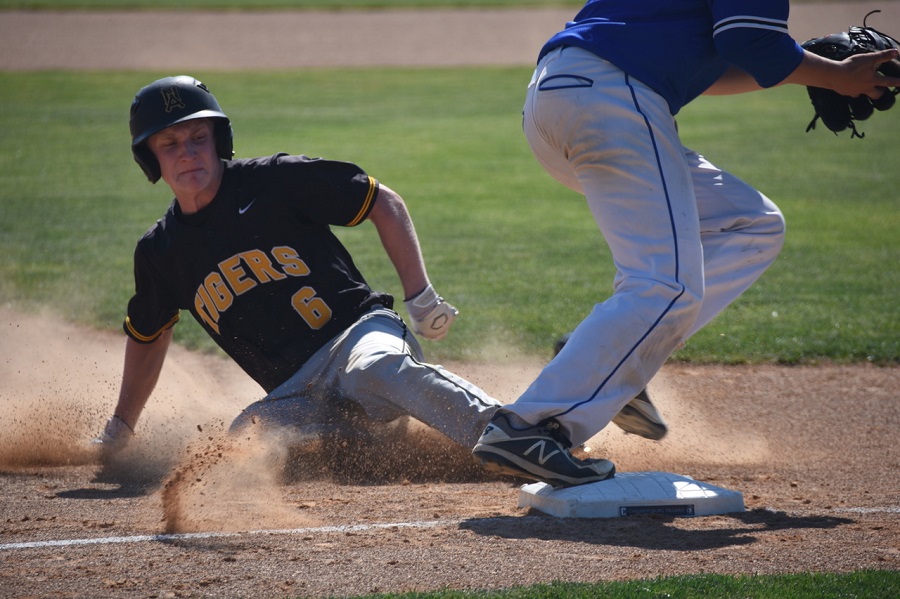 Central Bucks South scored nine runs in the bottom of the sixth inning to rally for an 11-6 victory over North Allegheny in the PIAA Class 6A semifinals at Greene Township Park in Scotland, PA. The Tigers built a 6-2 lead by the fifth inning before the Titans came from behind to earn their first ever PIAA championship berth.

The Tigers, who were making their first appearance in the state semifinals since 2013, trailed 1-0 before senior Joey Colella belted a three-run double with two outs in the top of the second to grab a 3-1 lead. For his efforts, Colella was named the Wright Automotive Player of the Game.

North Allegheny added on to its lead in the fourth inning on back-to-back doubles by Cam Medic and Shane Murphy. The Murphy RBI double advanced the NA advantage to 4-1.

In the bottom of the fourth, CB South’s Owen Petrich drove home Jake Trechtenberg with a two-out single to cut the NA lead to 4-2.

North Allegheny scored two unearned runs in the top of the fifth inning for a 6-2 lead, including an RBI single by Medic.

The Tigers pitching staff pitched out of a bases-loaded jam in the bottom of the fifth but couldn’t avoid damage in a tide-turning bottom of the sixth that propelled CB South to victory.

The Titans improve to 19-8 on the season and advance to the PIAA Class 6A final to face Souderton on Friday. North Allegheny’s season concludes with a 19-7 mark. Congratulations to coach Andrew Heck and the entire NA baseball team on a tremendous 2019 season.