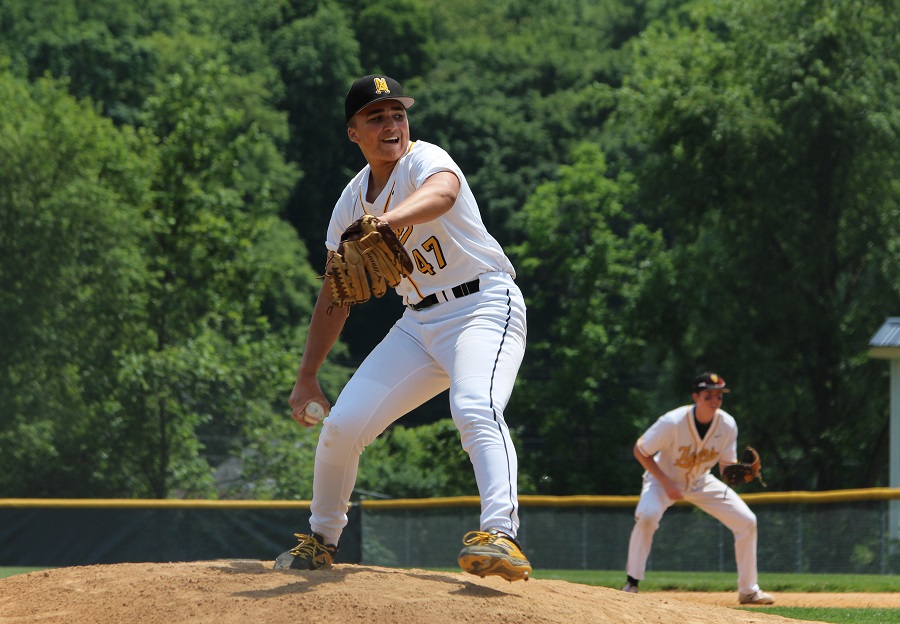 Senior Connor Smith twirled six innings of shutout baseball and struck out a career-high 13 batters to propel North Allegheny to a 4-0 victory over Butler on Tuesday night in a Section 1-6A contest. The righthander silenced the Golden Tornado, allowing only three hits, two walks and no runs for his third win of the season. For his sterling effort, Smith was named the Wright Automotive Player of the Game.

After Smith punched out 13, reliever David Posey fanned three more Golden Tornado in the seventh inning to finish off the win on the mound.

With Smith and Posey holding Butler at bay, the Tigers didn’t need much run support. NA struck early in the bottom of the first inning when Aaron Posey singled home Cole Young for a 1-0 lead.

In the bottom of the third, junior Spencer Barnett led off with a walk and advanced to third on a single by Ian Zahorchak. With nobody out in the frame, David Posey’s groundball double play scored Barnett from third for a 2-0 advantage.

The Tigers added two runs of insurance in the fifth inning thanks to an RBI single by Andrew Hart and a Butler error to bring the score to its eventual final, 4-0.

With the win, North Allegheny improves to 7-4 overall and 5-2 in Section 1-6A. Butler falls to 8-3 overall and 4-3 in the section. The Tigers take on the Golden Tornado again on Wednesday at 3:30 p.m. at Pullman Park. The game will be broadcast live by the North Allegheny Sports Network.