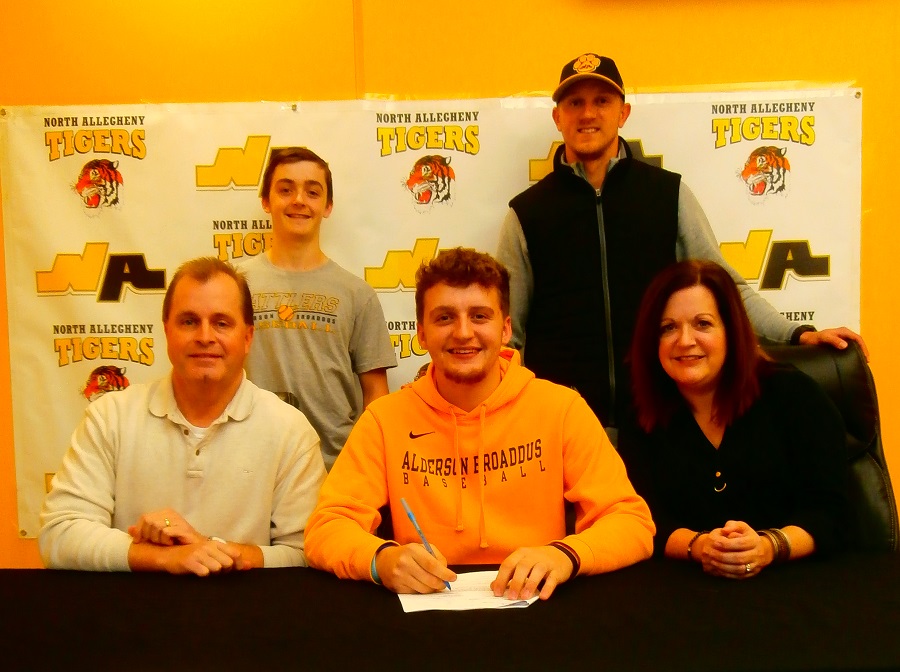 McSparran was a member of a North Allegheny team last season that posted a 19-7 record and reached the PIAA semifinals in Class 6A. McSparran made four appearances out of the bullpen and locked down a pair of saves. In 5.2 innings, McSparran posted an ERA of 2.47 and struck out five batters, averaging nearly one per inning.

McSparran plans to major in Exercise Science. He is pictured above with his parents Scott and Kim, brother Brett and head coach Andrew Heck.