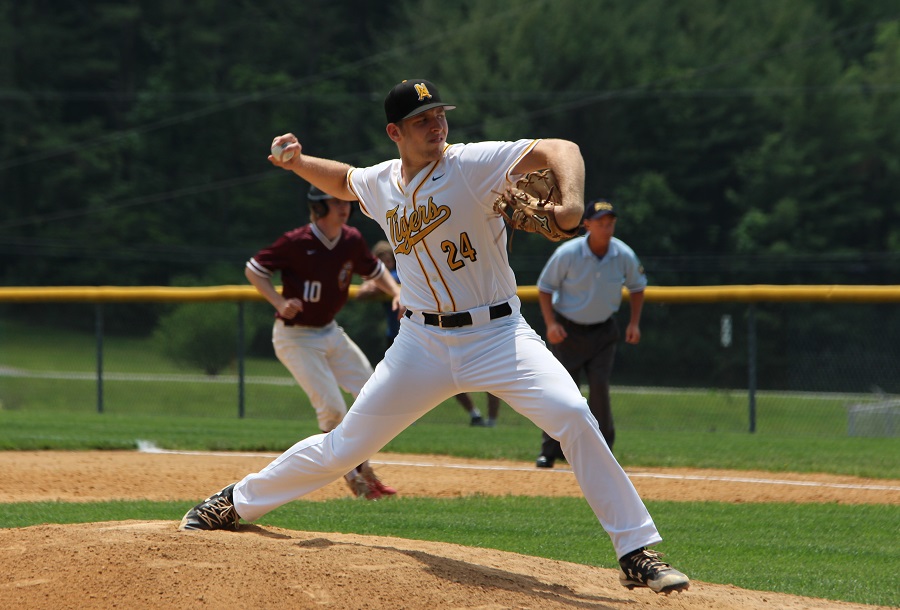 More accolades for a pair of Tigers. North Allegheny senior pitcher Kyle Demi and junior shortstop Cole Young were both selected to the Trib HSSN All-Star Team this week. Below is a writeup by the Trib’s Chris Harlan on both NA players. Here is a link to the entire article.  (Photo by Megan Manesiotis).

Demi was rather unknown when the season started but quickly emerged as one of the top pitchers in the WPIAL. The right-hander went 9-1 with an 0.87 ERA and struck out 81 batters in 48 1/3 innings. He led the Tigers to a WPIAL Class 6A title and didn’t lose a game until the state finals. Opposing teams batted .149 against him.

Young was a top run-producer in a championship lineup but also earned accolades for his defense. The Duke recruit turned 12 double plays and had a .952 fielding percentage with five errors in 105 chances. The Tigers won the WPIAL Class 6A title and were state runners-up. Young batted .437 with 33 runs, 23 RBIs and 14 extra-base hits. He struck out only five times in 101 plate appearances.