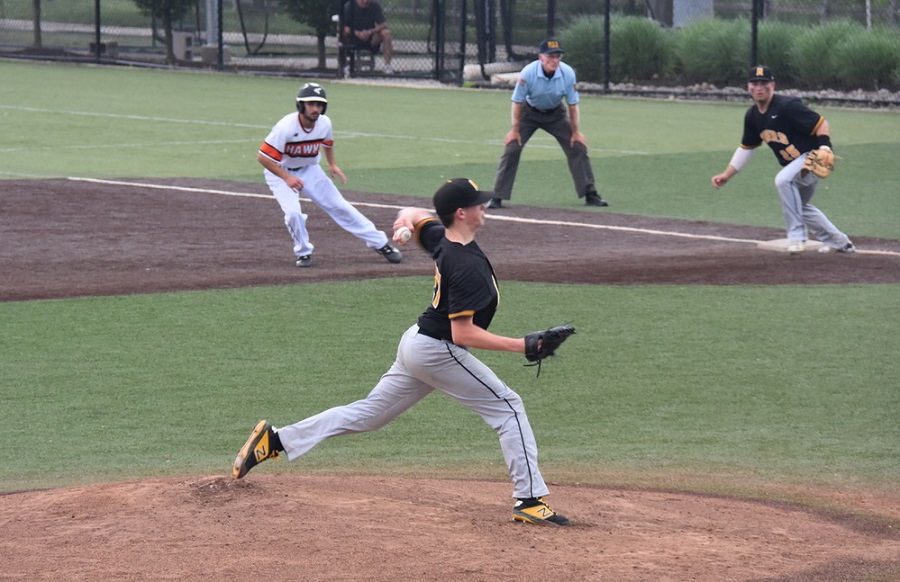 The North Allegheny baseball team punched its ticket to the PIAA tournament for the third straight year with a 3-0 shutout of the Bethel Park Black Hawks on Tuesday night in the WPIAL Class 6A consolation game at Ross Memorial Park in Washington, PA. The Tigers put up three runs in the first inning and starting pitcher Ryan Partridge made it stand with five innings of one-hit baseball.  Reliever Anthony Hattrup tossed two scoreless innings for his first save of the season.

The Tigers were facing Bethel Park ace Eric Chalus, who was sporting a 6-1 record and a 1.12 ERA entering the contest. However, North Allegheny was able to strike quickly against the southpaw before he could settle into the game. With one out in the top of the first, freshman Cole Young reached on an infield single and advanced to second base on a single by senior Jared Orwell. On an 0-2 count, Logan Andreyko fought off a pitch to leftfield for a bloop RBI single, scoring Young for a 1-0 lead. An out later, Orwell and Andreyko successfully executed a double steal and scored moments later on a two-out, two-run single by Hattrup to give NA a 3-0 advantage.

Given a three-run lead by his teammates, Partridge responded by shutting down Bethel Park over the next five innings, yielding only one hit and three walks. The Penn State commit struck out six and earned his fifth victory of the season along with Wright Automotive Player of the Game honors from the North Allegheny Sports Network.

Hattrup picked up where Partridge left off in relief by blanking the Black Hawks over the final two innings to close out a 3-0 victory. Hattrup punched out a pair and yielded only one hit.

Chalus was the hard-luck loser for Bethel Park, not allowing another hit after the three-run first inning by North Allegheny. Chalus went the distance with a complete game, striking out 14 batters along the way.

With the victory, North Allegheny improves to 17-6 on the season and advances to the first round of the PIAA tournament on Monday with a site, time and an opponent to be determined. Bethel Park’s season comes to an end with a 15-5 record.