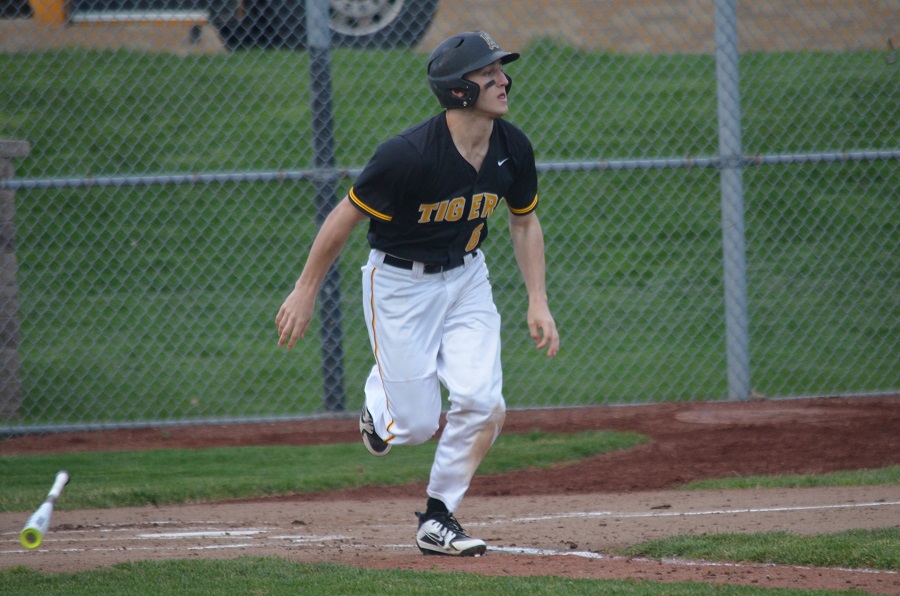 North Allegheny’s seventh-inning rally fell just short on Monday afternoon as the Plum Mustangs staved off the Tigers for a 9-7 non-section win.

Trailing 9-3 in the final inning, North Allegheny closed to within two runs of the Mustangs thanks to a two-run double by Luke Trueman, an RBI groundout by Caiden Wood and an RBI single from Brett Heckert. Despite the NA rally, Plum reliever Jackson Rogers managed to collect the final out and leave two runners stranded to record the save.

The Mustangs grabbed an early 1-0 lead in the first inning when Markus Cestra scored on a wild pitch. The Tigers answered back in the third inning when Trueman doubled home Ryan Dougherty to knot the score at 1-1.

In the top of the fourth inning, the Tigers used back-to-back sacrifice flies from C.J. Weller and Dougherty to take a 3-1 lead. The lead held until Plum tied the score in the fifth at 3-3. The Mustangs took command of the game with a six-run sixth inning, taking advantage of two North Allegheny errors. NA’s Ben Tharpe suffered the loss, allowing six unearned runs in one inning of relief. Plum’s Logan Simmons picked up the win despite a rocky relief outing.

North Allegheny falls to 9-8 on the season following the non-section loss. Plum improves to 14-4 overall. The Tigers take on the Hampton Talbots at home in another non-section game on Wednesday night. First pitch is slated for 7:00 p.m.