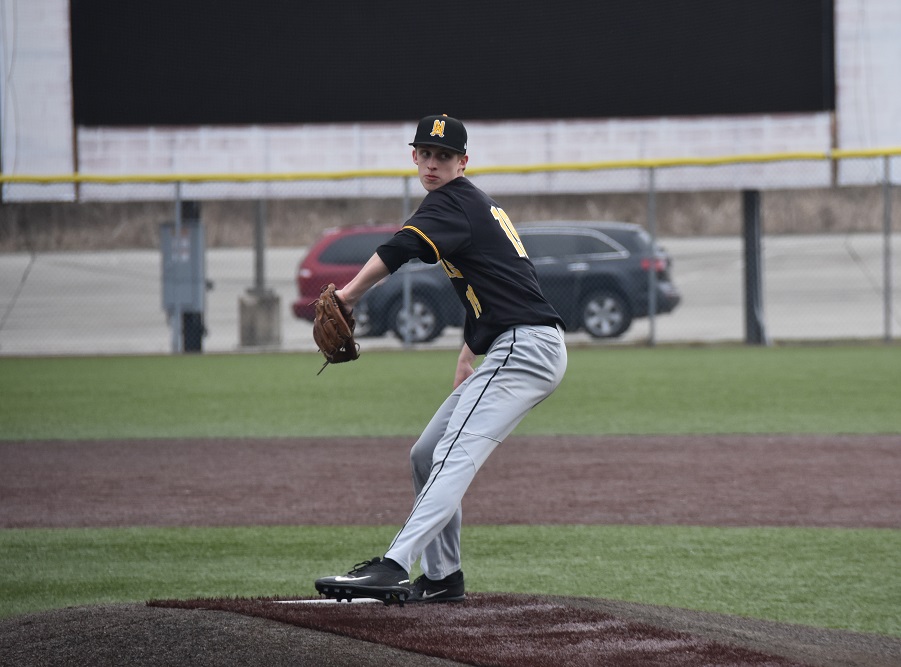 The North Allegheny baseball team scored five unanswered runs to defeat the Canon-McMillan Big Macs, 5-2, on Thursday afternoon in a WPIAL Championship Game rematch. Canon-McMillan derailed NA’s title hopes a season ago with wins over the Tigers in the WPIAL title game and PIAA quarterfinals. On Thursday at Wild Things Park, the Tigers earned a measure of revenge by beating the top-ranked Big Macs for their first win of the season.

Canon-McMillan started the scoring in the bottom of the first inning with an RBI single by Noah Burke and a successful double steal that brought home Cam Weston for a 2-0 Big Macs lead.

Despite the early runs by CM, North Allegheny starting pitcher Anthony Hattrup and reliever Conor McSparran silenced the Big Macs the rest of the way. Hattrup hurled four innings to earn the victory and McSparran tossed three scoreless innings of relief for his first save of the season.

With Canon-McMillan held at bay, the NA lineup began to heat up and scored two runs in the top of the second inning to tie the game. Ryan Dougherty came through with a clutch two-out, two-run base hit that scored Joey Colella and Cole Young to even the score at 2-2.

In the third inning, the Tigers tacked on two more runs for a 4-2 lead thanks to an RBI triple by Young and an RBI double by Shane Murphy. North Allegheny added an insurance run in the sixth inning courtesy of an RBI single from C.J. Weller to close out a 5-2 victory.

With the win, North Allegheny improves to 1-2 on the season. The Tigers will host Shaler on Friday afternoon in another non-section contest at 4 PM.