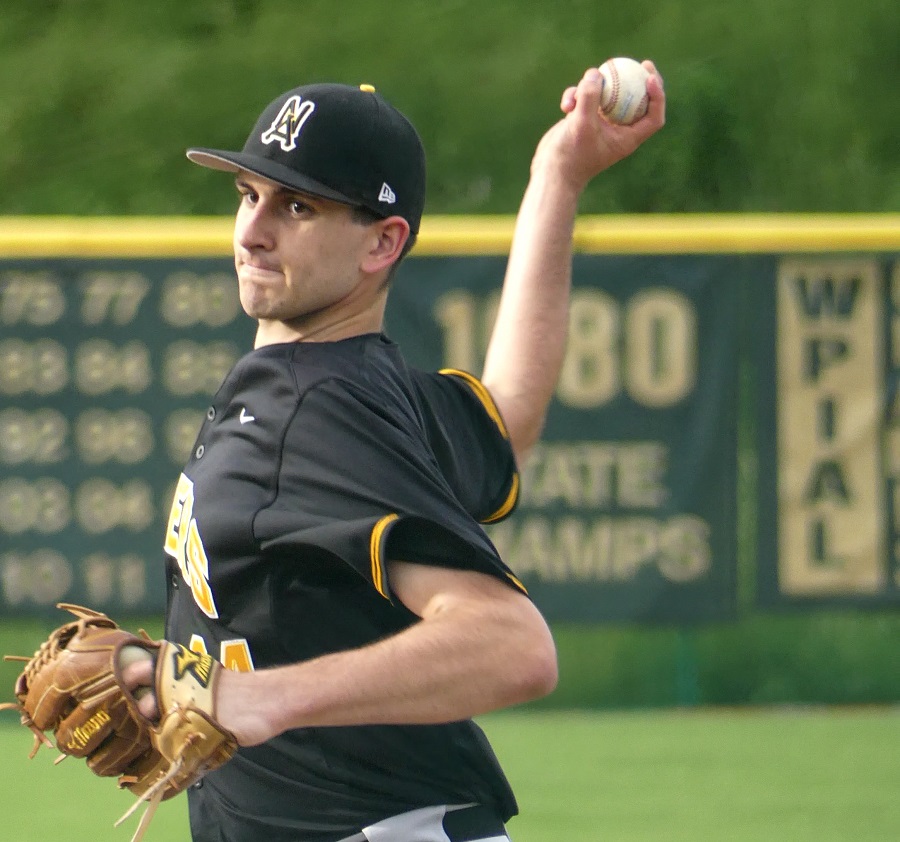 North Allegheny received a strong pitching performance from Bobby Brown and the bats stayed hot for the second consecutive game as the Tigers cruised into the WPIAL semifinals by defeating Norwin, 9-1.

North Allegheny stranded four runners in the first two innings but broke through in the third inning.  Justin Hamm led off the inning with a single, advanced on a passed ball and scored on a single from Brown.  Colin Cain and Adam Turzai singled to load the bases before Jack Lehew knocked in two runs in to give North Allegheny a 3-0 lead.

Norwin, the reigning WPIAL champions, got one run back in the fourth by taking advantage of a Tigers throwing error.  Norwin loaded the bases but Brown was able to end the threat by getting a ground ball to end the inning.

North Allegheny busted the game wide open in the sixth inning, sending eleven men to the plate and scoring six runs with RBI’s from Hamm, Alex Mesaros, Turzai, Lehew and two from Brown.

North Allegheny would pound out thirteen hits, getting three from Lehew along with three RBI’s. Brown had two hits and three RBI’s, and Hamm and Turzai had two hits. The Wright Automotive player of the game went to Bobby Brown for his pitching and hitting performance.

Norwin’s season ends at 14-4 while North Allegheny will advance to the semifinals to play Canon-McMillan on Wednesday.