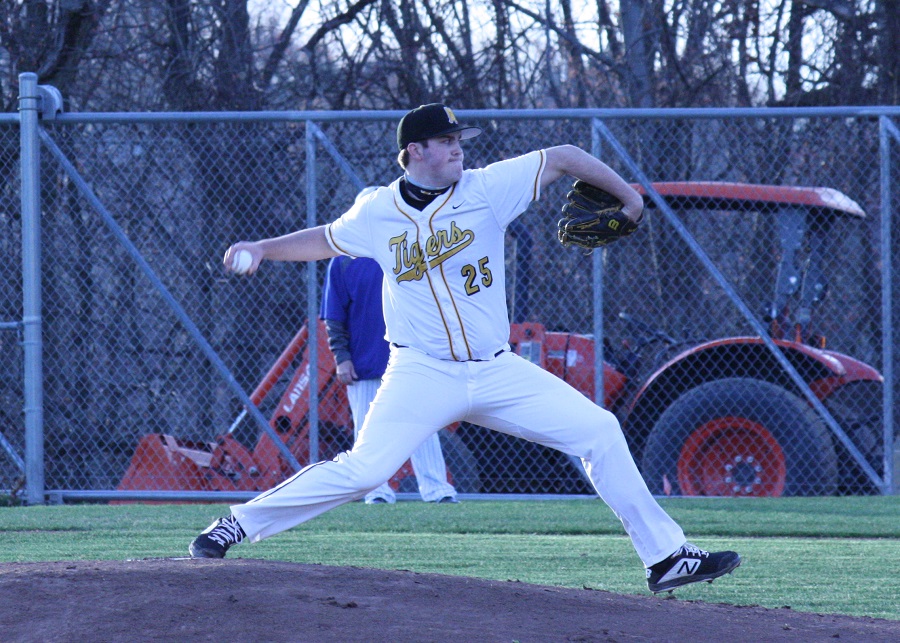 NA Rolls To 9-3 Win Over Canon-McMillan

The North Allegheny baseball team earned another decisive victory in the opening week of the 2021 season with a 9-3 triumph over Canon-McMillan on Tuesday night.

NA starting pitcher Brady Palmer set the tone for the entire night with four innings of perfect baseball to earn the victory. Reliever Aaron Galaska followed with solid work out of the bullpen to collect a three-inning save. NA hurlers combined for 11 strikeouts and just one walk on the night.

The NA advantage swelled to 9-0 in the fourth inning thanks to an RBI single from Spencer Barnett and a Sacrifice Fly RBI by Gallon, followed by another two-run error by the CM infield. With a three RBI performance, Gallon was tabbed the Wright Automotive Player of the Game by the North Allegheny Sports Network.

Canon-McMillan managed to score three runs late in the game but by then it was too little, too late, as the Tigers closed out a 9-3 victory. CM starter Ronan Mollenauer suffered the loss with only two innings on the bump, allowing one run on one hit.

With the win, North Allegheny improves to 2-0 overall, while Canon-McMillan dips to 1-2 on the season. The Tigers return to action next week in their section opener at Seneca Valley on Tuesday, April 6.