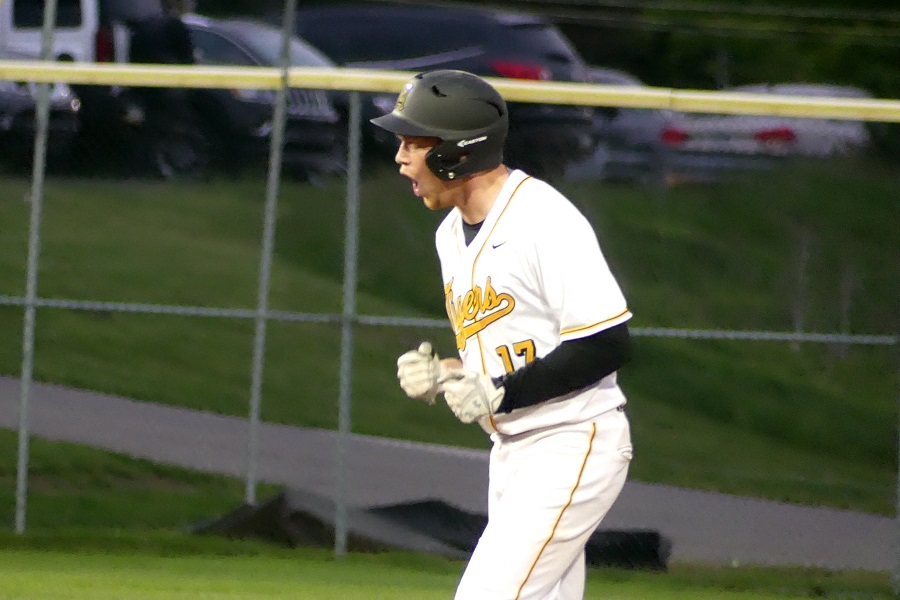 The North Allegheny baseball team swept a doubleheader on Friday against two playoff-bound opponents with a 2-1 win over Mars and a 5-3 triumph over North Hills. The Planets and Indians are the co-section champions from Section 1-5A.

In game one against Mars, the Tigers starting pitcher Kevin Janosko earned a complete game for the victory, allowing only one run while striking out five batters. Trailing 1-0 in the fourth inning, the Tigers tied the score on an RBI single by Bobby Brown and took a 2-1 lead in the bottom of the sixth when Ben Surman raced on home on a wild pitch.

In the nightcap against North Hills, the Tigers used two-RBI performances from Justin Hamm and Colin Cain to earn a 5-3 win. Senior Jack Lehew added an RBI in the victory. Reliever Anthony Hattrup picked up the win with three effective innings of work, allowing two runs while striking out three.

With the sweep, North Allegheny improves to 14-6 overall on the season. Mars falls to 12-6 and North Hills slips to 16-4 overall. The Tigers will open the WPIAL playoffs on Tuesday 4:30 p.m. against the Connellsville Falcons. The game will be broadcast live via the internet on the North Allegheny Sports Network.