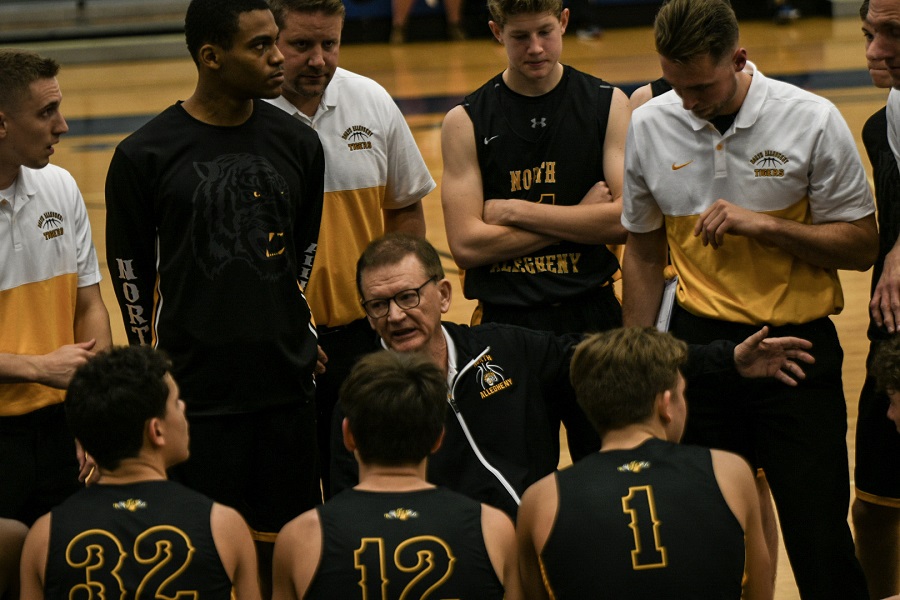 NA To Face Bethel Park in WPIAL First Round

The WPIAL released its basketball playoff pairings on Tuesday night and the North Allegheny boys’ basketball team received the No. 11 seed and will take on the sixth-seeded Bethel Park Black Hawks in the Class 6A opening round. The contest will be held on Tuesday, Feb. 18 at 8:00 p.m. at North Hills High School.

The Tigers finished the regular season with an 11-11 record and was the fourth-place team out of Section 1 with a 4-6 section mark. The Black Hawks were 13-8 overall and 6-4 in Section 2, good for a third-place finish in the section.

This will be the first playoff meeting between NA and Bethel Park since a WPIAL quarterfinal matchup in 2015. The Tigers won that game, 65-63, thanks to a Cole Constantino jumper with 1.7 seconds remaining. Bethel Park had one last chance to tie or win the game but NA’s Jordan Lake swatted a last-ditch 3-point attempt by Joey Mascaro in the left corner as time ran out.

The North Allegheny Sports Network will have live coverage of the WPIAL first round matchup between NA and Bethel Park on Tuesday, Feb. 18.