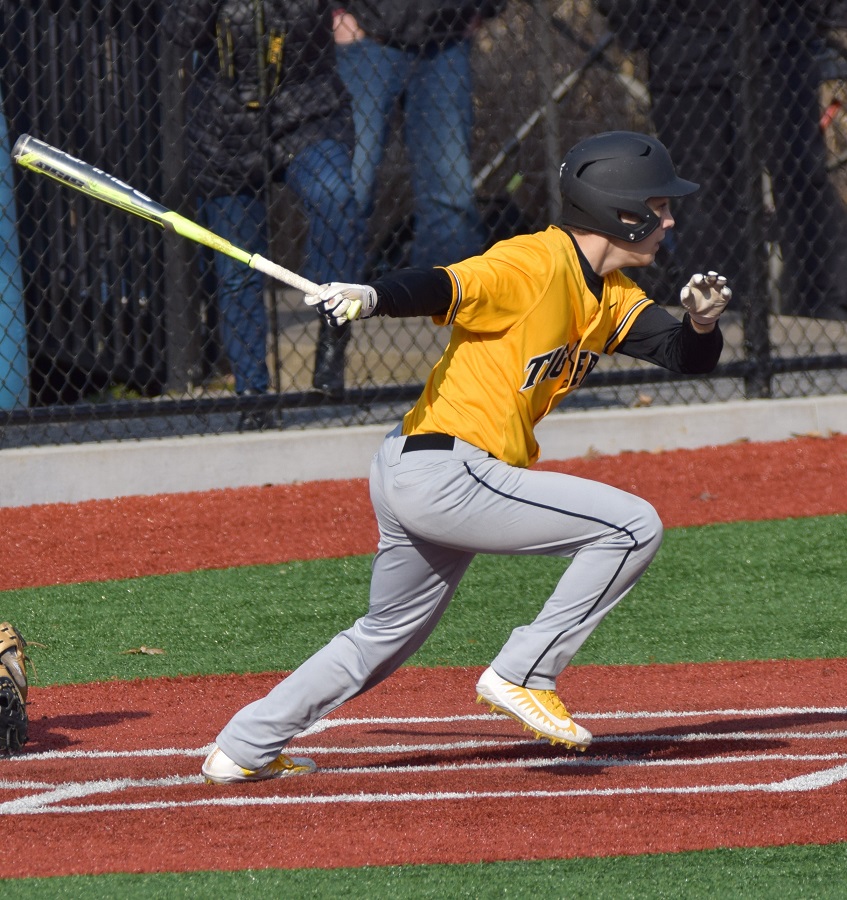 Ben Surman’s RBI single in the seventh inning broke a scoreless tie and propelled North Allegheny to a 1-0 victory over the Seneca Valley Raiders on Wednesday afternoon. Senior Colin Cain earned the win in relief with two scoreless innings. While he didn’t factor in the decision, NA starter Ben Petschke pitched well and limited the Raiders to four hits in five scoreless innings on the bump.

Seneca Valley starting hurler Cory Greiner made up the other half of this pitcher’s duel and suffered the loss in a complete game effort. Greiner had blanked the Tigers through six innings before surrendering the game-winning hit to Surman in the top of the seventh.

In the seventh, Caiden Wood opened the inning with a leadoff walk against Greiner and moved to second on a single by Juliano Capretta. After a passed ball moved the runners to second and third, Surman cashed in with his game-winning base hit to provide the margin of victory.

With the win, North Allegheny improves to 3-1 overall and 1-1 in Section 1-6A. Seneca Valley slips to 3-3 overall and 0-2 in the section. The Tigers will visit Penn-Trafford on Thursday afternoon for a non-section tilt with the Warriors. First pitch is slated for 4:00 p.m.