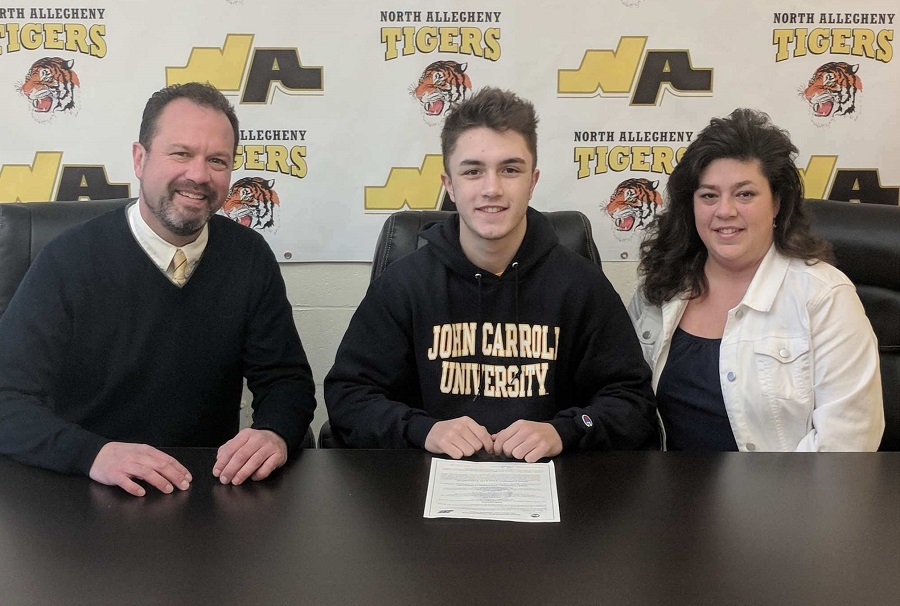 North Allegheny senior outfielder Ben Surman has signed his letter of intent to continue his baseball career at John Carroll University next season. Surman had verbally committed to John Carroll in October but made his decision official on Monday.

As a junior last season, Surman batted .267 with 11 runs scored and four RBI. A regular on the base paths, Surman was second on the team in walks with 13 and held a .405 on base percentage which ranked him third on the Tigers.

Surman will join a John Carroll program that plays in one of the toughest Division III baseball conferences in the nation, the Ohio Athletic Conference. John Carroll is just four years removed from winning its first OAC title in 2014.

Surman is planning on pursuing a degree in history/education at John Carroll. He is pictured above with his father, Chuck, and his mother, Lynn.