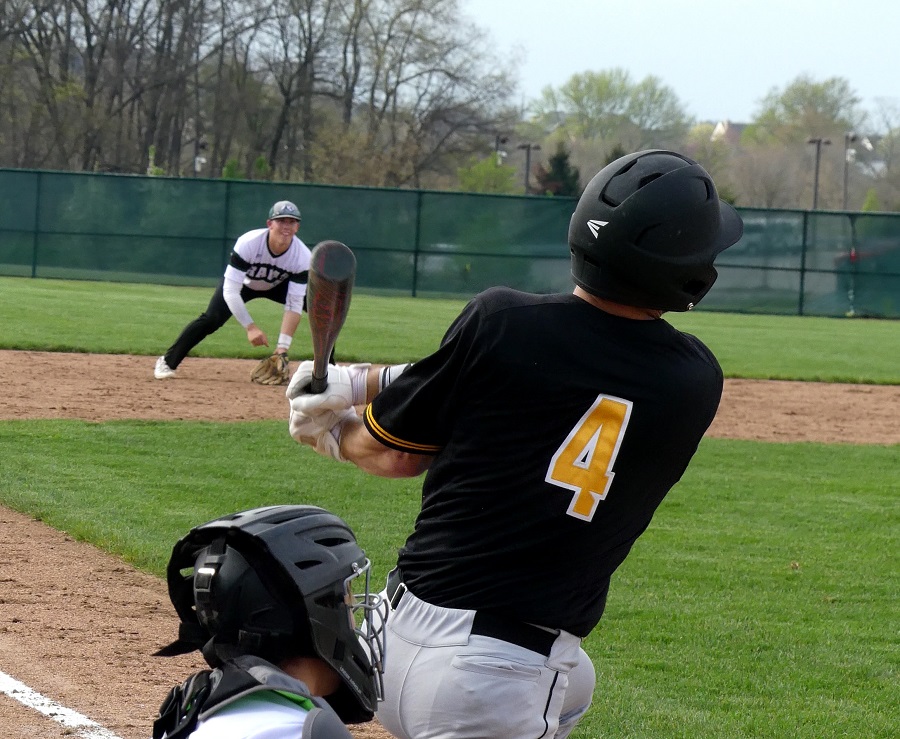 In a battle for first place in Section 1-AAAAAA, the second-ranked Pine-Richland Rams defeated the top-ranked North Allegheny Tigers, 7-1. The game was tightly contested throughout most of the afternoon before Pine-Richland broke a 1-1 tie with two runs in the fifth and four runs in the sixth. Troy LaNeve led the way offensively with a 2 for 3 performance, collecting four RBI. LaNeve’s three-run single in the sixth inning put the game away for Pine-Richland.

The contest started as a pitcher’s duel between Pine-Richland’s Ryan Okuda and North Allegheny’s Bobby Brown. The game was scoreless until the Rams took a 1-0 lead on an RBI single by Matt Wood in the bottom of the third inning. The lead was short-lived as Okuda, a Virginia Tech recruit, served up a solo homer to NA’s Alex Mesaros in the top of the fourth and the game was tied, 1-1. The homer by Mesaros broke a 23-inning scoreless streak for Okuda.

Despite NA’s best efforts, the Tigers couldn’t muster any more runs against Okuda and the Rams lineup was able to provide some late run support to pull away for a 7-1 victory. Okuda tossed six innings and allowed only two hits to pick up the victory. Brown was solid on the mound despite suffering the loss, working five innings and allowing three runs with four strikeouts and one walk.

The loss, North Allegheny’s first on the season, brings the Tigers record to 8-1 overall and 3-1 in section play. Pine-Richland improves to 10-1 overall and sits atop the section with a 4-0 mark. North Allegheny returns to action on Friday night and host the Central Catholic Vikings at 7:00 p.m. The game will be broadcast live via the internet on the North Allegheny Sports Network.