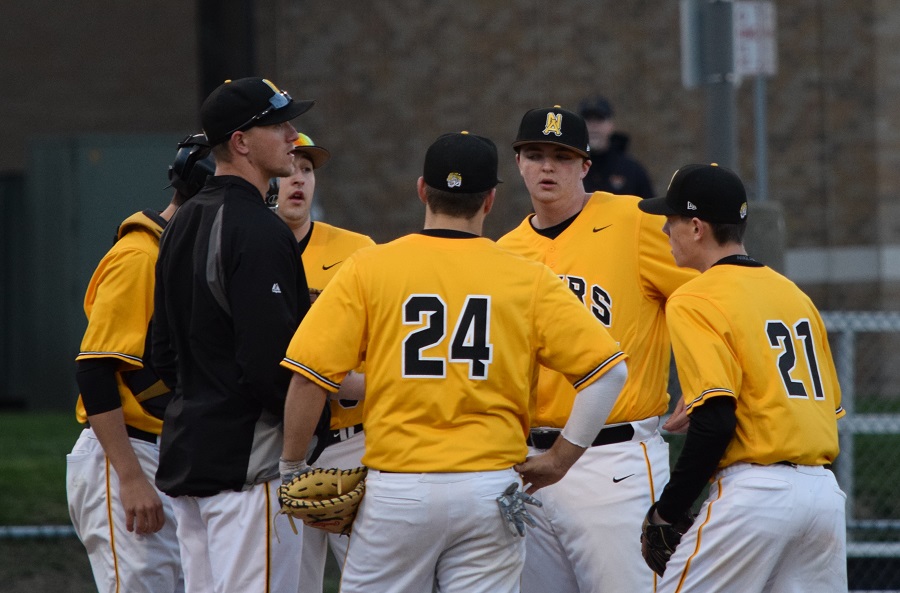 In a matchup between two playoff-bound teams, the Section 1-6A champion Central Catholic Vikings defeated the North Allegheny Tigers on Wednesday night, 4-1. The Vikings scored all four of their runs without the benefit of an RBI as the visitors capitalized on eight walks, four wild pitches and two North Allegheny errors.

In the top of the first, Vinny Rauso and Andrew Walker both scored on wild pitches to give Central Catholic a 2-0 lead. North Allegheny answered back in the bottom of the first when Ben Surman led off the inning with a base hit. Surman advanced to second on a throwing error and moved to third on a fielder’s choice grounder by Luke Trueman. Caiden Wood followed with an RBI groundout that brought home Surman to trim the score to 2-1, Vikings. For his efforts, Surman was named the Wright Automotive Player of the Game by the North Allegheny Sports Network.

Despite the early success by NA, Central Catholic ace Marshall McGraw silenced the Tigers for the remainder of the night. The Vikings added insurance runs in the sixth and seventh innings to stretch out the lead to 4-1. Brandon Boyce scored on an error in the sixth inning and a wild pitch brought home Walker in the seventh to cap the section win.

McGraw went the distance for his eighth win of the season, allowing one unearned run with seven strikeouts and one walk. North Allegheny starter Ryan Partridge took the loss and worked 3.2 innings, allowing two unearned runs with three strikeouts and four walks. Trueman pitched the final 3.1 innings of relief and yielded two runs, one earned, with one strikeout and four walks.

With the loss, North Allegheny slides to 8-6 overall and 4-6 in Section 1-6A. Central Catholic improves to 12-4 overall and 8-2 in the section. The Tigers will play a day-night doubleheader against Mt. Lebanon and Howland on Saturday.