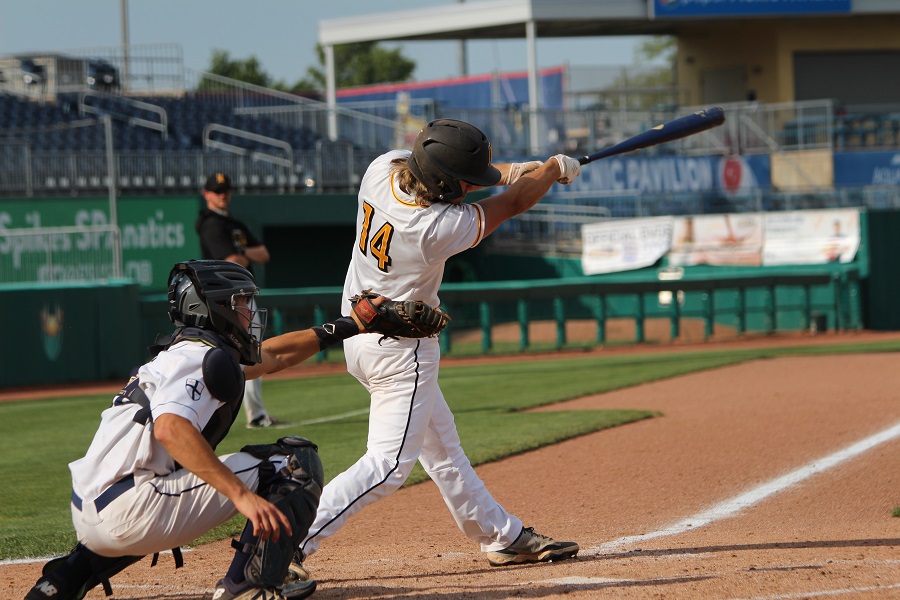 On June 1 of last season, the North Allegheny baseball team celebrated an eighth WPIAL championship at Wild Things Park in Washington, PA with a 4-0 win over Hempfield. To begin the 2022 season, the Tigers made their return to Wild Things Park and earned an 8-4 victory over host Canon-McMillan.

Eager to make an impression against the reigning WPIAL Class 6A champs, the Big Macs grabbed a 2-0 lead in the bottom of the first inning on back-to-back RBI doubles by Mason Fixx and Andrew Kocan.

The Canon-McMillan advantage was short-lived, however, as North Allegheny scored three times in the top of the second and never trailed again. Part of a three-hit day, junior Andrew Hart drove in NA’s first run with an RBI single to score Aaron Galaska, trimming CM’s lead to 2-1. Junior Drew Dougherty added a two-run single later in the inning to leapfrog NA in front, 3-2.

In the top of the third inning, senior Cole Young increased the lead to 4-2 with an RBI triple and Aaron Posey drove in another with a sacrifice fly for a 5-2 advantage. Galaska added an RBI single in the frame for a 6-2 lead.

The Tigers scored single runs in the fourth and fifth innings, respectively, for an 8-2 advantage. A Canon-McMillan error accounted for NA’s run in the fourth and another RBI single by Hart brought home Galaska in the fifth inning. Galaska reached base four times on the day with a 2-for-2 effort and two walks.

The Big Macs pushed across two runs in the bottom of the fifth thanks to a two-run triple by Niko Marinacci, but by then it was too little, too late as the Tigers cruised to an 8-4 win.

Following the season opening win, North Allegheny will open section play next on Monday against Seneca Valley at 6:00 p.m. The game will be broadcast live by the North Allegheny Sports Network.