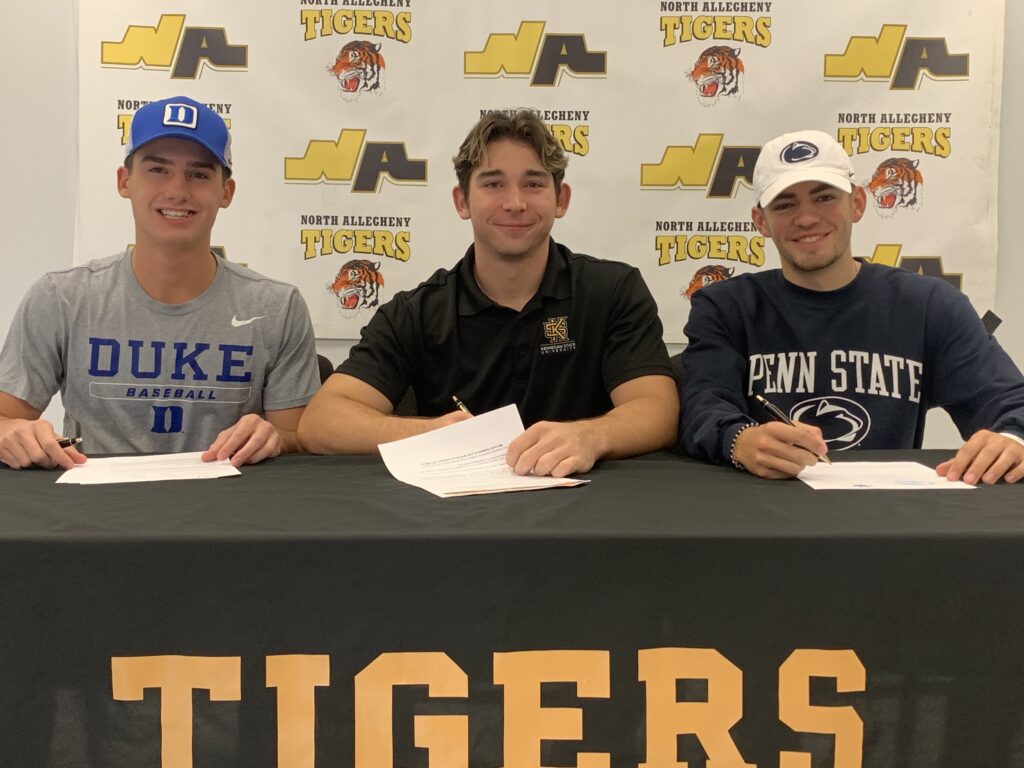 Considered to be one of the top shortstops in the country, Young was named the Class 6A Baseball Player of the Year in 2021 by the Pittsburgh Post-Gazette and Trib Live High School Sports Network. A two-time Rawlings/Perfect Game 1st Team Preseason Underclass All-American, Young batted .437 as a junior with six home runs, 33 runs, 23 RBI and posted an OPS of 1.453. He also combined for 15 double plays with a fielding percentage of .952. Despite losing his sophomore due to the COVID 19 pandemic, Young boasts a .426 career batting average with nine homers and 49 RBI. As a rookie in 2019, Young was the first freshman to ever be named to the Post-Gazette’s All-Area Team.

Posey was a first-team all-section backstop for the Tigers in 2021 and has twice been selected as a Rawlings/Perfect Game Atlantic Region All-High School Underclass Honorable Mention. One of the top catchers in the region, Posey threw out 12 of 19 base runners attempting to steal and committed only one error all season. A tremendous receiver for the NA pitchers, Posey played a pivotal role for a staff that posted a 1.65 ERA. At the plate, Posey bolstered the lineup with a .305 average, two home runs and 13 RBI. One of his best games of the season came against Warwick in the PIAA first round, going 3-for-4 with two RBI and an opposite field home run to spark a 13-4 victory.

Both Young and Posey played a prominent role in North Allegheny’s outstanding 2021 season. The Tigers went 23-4, capturing a record eighth WPIAL championship and reached the PIAA title for the first time since 2000.

Expected to contribute on the mound for the reigning WPIAL champs this upcoming season in 2022, Baumgartel was the staff ace on the JV team a season ago with a 3-0 record and 2.25 ERA. He allowed just six earned runs in 18.2 innings and struck out 19 batters, averaging over one punch out per inning. Baumgartel will join a Penn State Behrend program that went 27-13 last season and won the Allegheny Mountain Collegiate Conference championship. PSU-Behrend also won a pair of games at the NCAA Regional Tournament before eventually bowing out to regional host Marietta.

Young, Posey, Baumgartel and the rest of the NA baseball team will open the regular season on March 26, 2022 against Connellsville.