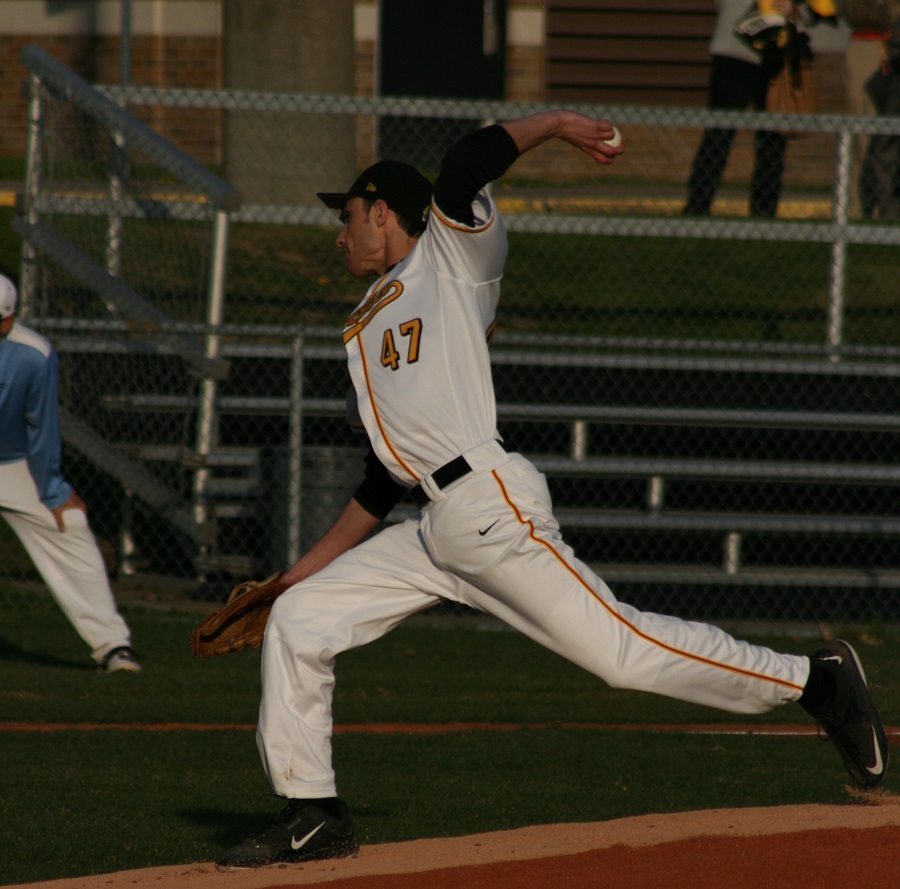 North Allegheny used a five-run second inning and a solid outing from starter Blaise Smiley (2-0) to knock off the reigning WPIAL champion Seneca Valley Raiders on Wednesday night, 5-3. The win clinches a playoff berth for the Tigers and extends NA’s winning streak to four in a row.  Seneca Valley, who had won eight straight entering the night, lost for the first time since its section opener on April 7.

The Tigers managed only six hits against Seneca Valley starter Troy Martin but capitalized on two walks and two errors for their big second inning. Joe Fitzgerald singled home the first run for the Tigers and Alex Mesaros crossed the plate on a Seneca Valley error for a 2-0 NA lead.  Another error allowed Fitzgerald to score and Garrett Hagen made it 4-0, Tigers, with an RBI groundout.  Blake Young added an RBI single before the inning was over and North Allegheny owned a 5-0 advantage.

With four come-from-behind victories this season, the Raiders have been accustomed to playing from behind and quickly got back into the game in the top of the third inning.  Junior Corbin Kessler stroked an RBI single to get Seneca Valley on the board and Mike Collins followed with a sacrifice fly to deep right to trim the score to 5-2, Tigers.  With the bases loaded and one out, Smiley balked which brought home Johnny Brittner from third and the NA lead was cut to 5-3.  Still facing a threat with runners at second and third and only one out, Smiley buckled down to strike out SV’s Matt Wagner and pop out Lane Palmer to keep NA’s lead intact.

Smiley retired eight in a row before allowing a lead-off double to Vince Augustine in the sixth inning, which concluded the left-hander’s outing.  With five solid innings, Smiley allowed three runs on seven hits and struck out a pair to earn the victory. For his efforts, Smiley was named the Wright Automotive Player of the Game.

Following Augustine’s double to start the sixth, Hagen checked into the game in relief and struck out the side.  The Raiders put two runners on the seventh inning but left them stranded as Hagen wiggled out of the jam and struck out two more batters to earn his first save of the year.

North Allegheny maintains its hold on second place in the Section 1-AAAA standings and locks up a playoff spot with a 6-3 record and 10-7 mark overall. Seneca Valley slips to 9-5 overall and 7-1 in section play.  The Tigers still have a shot at a share of the section crown as they visit North Hills on Friday at 7:00 pm.  NA needs a win and a Seneca Valley loss to Butler on Friday to earn a piece of the section title.