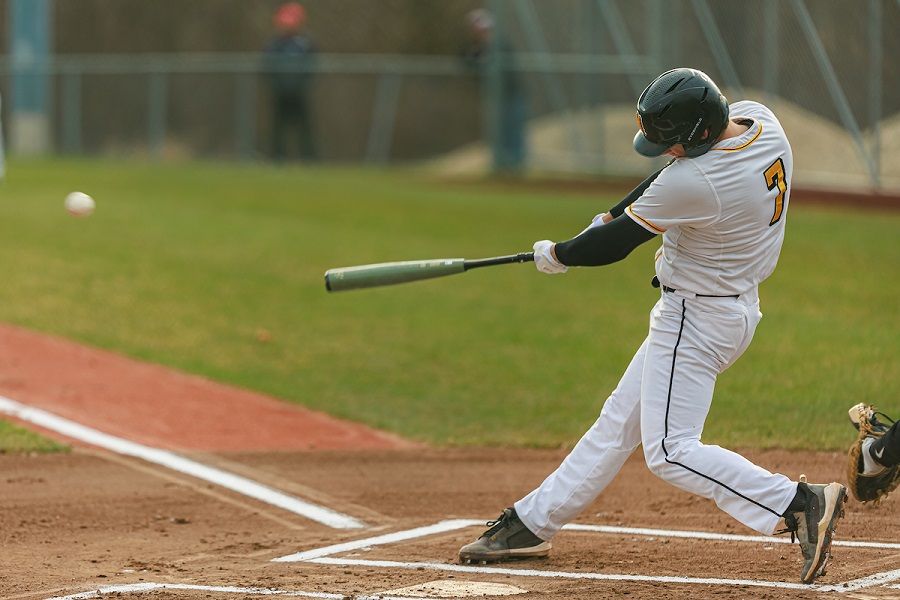 The North Allegheny baseball team earned a doubleheader sweep over the Allderdice Dragons on Tuesday with wins of 5-1 and 10-1 in Wexford.

In game one of the section twin bill, Allderdice managed to take a 1-0 lead in the top of the first on an RBI double by Bryan McCann. It was the first and only lead the Dragons held in either contest.

North Allegheny responded immediately in the bottom of the first and tied the game at 1-1 on a two-out, bases load walk by Aaron Galaska. The score remained deadlocked until the bottom of the fourth when Erik Sundgren scored Andrew Hart on an RBI single, and later in the inning, Sundgren trotted home on an RBI double by Cole Young for a 3-1 lead. An RBI double by Hart in the fifth and an RBI triple by Young in the sixth capped the scoring in a 5-1 victory for the Tigers. Both Hart and Young finished 2-for-3 in the contest.

Also 2-for-3 at the plate was sophomore pitcher David Posey, who did his best work on the mound as he struck out 10 Dragons and permitted only one run on one hit in five innings on the bump. Posey earned his first varsity victory. Sophomore Charles Mau pitched the final two scoreless frames in relief. Allderdice reliever Gavin Reiser took the loss, allowing four runs in three innings.

While Allderdice stayed competitive in the opener, game two was controlled by North Allegheny. After a pair of scoreless innings to start the game, the Tigers busted things opened in the third with a three-run frame. North Allegheny’s lineup took advantage of five Allderdice errors and tacked on three more runs in the fourth, two in the fifth and single runs in the sixth and seventh innings. Young continued his torrid hitting in game two with a 2-for-2 performance with two walks, three runs scored and an RBI. Hart drove in a pair and Galaska went 3-for-3 with a walk, two runs scored and an RBI. Junior Ian Zahorchak also brought home a run with an RBI single in the fifth as the Tigers rolled to a 10-1 triumph.

With the NA bats providing plenty of run support, right-hander Connor Smith twirled a gem and blanked Allderdice over five innings and fanned 11 batters. Smith permitting only one hit and two walks to earn his second victory of the season. Reliever Caden Suba worked two innings and surrendered only one run in the bottom of the seventh. Allderdice starter Luis Marguen suffered the loss, giving up four runs (two earned) in three innings.

Following the doubleheader sweep, North Allegheny improves to 5-1 overall and 3-1 in Section 1-6A. Allderdice falls to 0-5 overall and 0-4 in the section. The Tigers will visit Mt. Lebanon on Thursday for a non-section matchup.