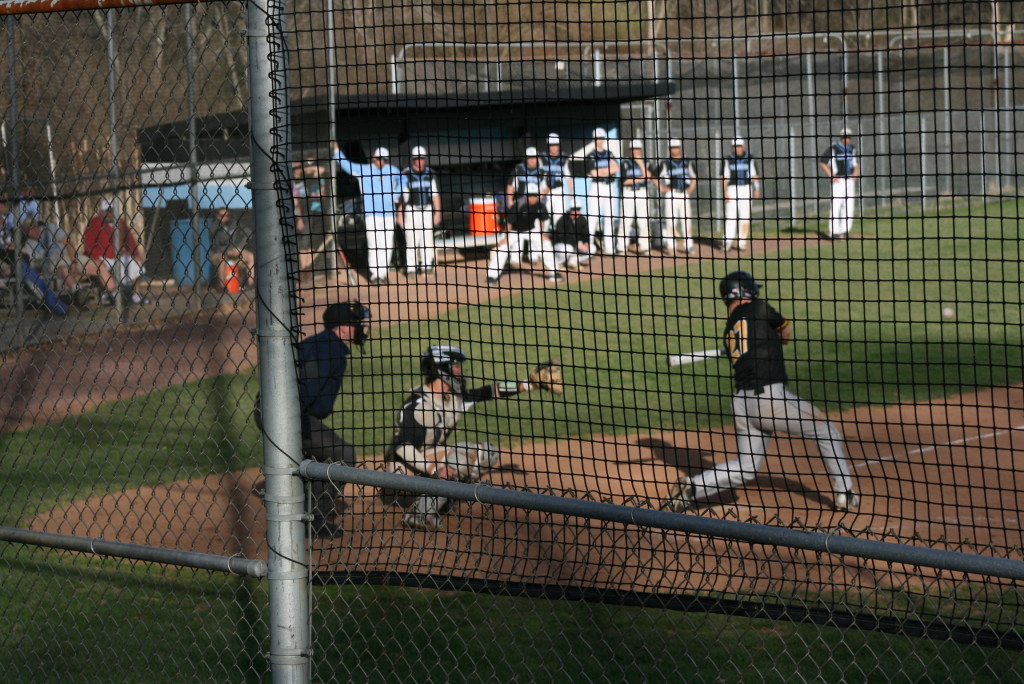 The Tigers lost their second consecutive section game in extra innings as both saw the opposition posting the game winning run with a bang bang play at the plate. Last night the Tigers dropped a heart breaker at home in 9 innings to Butler, today it was at the hands of Seneca Valley. Today’s game started as a pitching duel with NA sophomore Bobby Brown getting the nod from Skipper Andy Maddix. Brown gave up 2 runs in the second and one in the third. Two of which runs were earned and he tallied 2 strikeouts and walked none.

After falling behind by 2 in the bottom of the second, the Tigers clawed right back in the top of the third with 2 runs of their own. With 2 out Liam Dalbow reached on an error, followed by a single by Keegan Phillips that skipped past the Raider right fielder and allowed the runners to advance to second and third. A balk would score Dalbow and advance Phillips to third. Garret Hagen singled and the game was tied.

In the bottom of the third the Raiders struck back again to take a one run lead after an HBP put the lead off man on. He would advance on a fielders choice then score on a single to left field.  As before the Tigers had an answer in the top of the fourth. Jon Dignazio singled then advanced on a pitch in the dirt. Alex Mesaros would single to advance Dignazio to third who would score on a fielders choice by pinch hitter Ben Marsico. The game would remain tied at three until Seneca Valley took the lead again in the bottom of the 6th.

Trailing 4-3 in the top of the seventh, the Tigers finally took their first lead of the game putting up three runs in the stanza. Chris Vrana walked to start the inning and then was put out on a ground ball to the short stop. In an effort to turn a double play, an errant throw to first would allow Fitzgerald to advance. Dalbow walked then Phillips singled to score Fitzgerald. The runners would advance to second and third on a wild pitch and with two runners in scoring position, Dan McCauley struck a hard ground ball down the third base line to score them both with two outs. The Tigers went to bottom of the 7th with a two run lead.

Nick Gross had replaced Brown on the mound in the fourth and was still going strong. However he walked the lead off batter of the inning and that was followed up by a single. Gross used some timely defense from center fielder Dignazio who ran down 2 of the 9 fly balls he caught today. With 2 outs and runners on second and third a hard ground ball got through the legs of Dalbow and the game was tied.

Neither team would score again until the bottom of the tenth when with two outs a ground ball up the middle would force a play at the plate for the win. Dignazio’s throw was close but the Raider runner avoided the tag in a very similar play as to the one that ended the game the night before.

Keegan Phillips reached base three times in the game for the Tigers. He scored two runs and had one RBI. He singled in the third and seventh innings. He also threw out a runner at the plate to end the ninth and keep the Tigers hopes alive. For his efforts he was named the Wright Automotive Player of the Game.

There will be no rest for the Tigers who will play their fourth game in as many days tomorrow when they host rival North Hills. The game time has which was momentarily changed to 4 pm is now back to a 7 pm start!