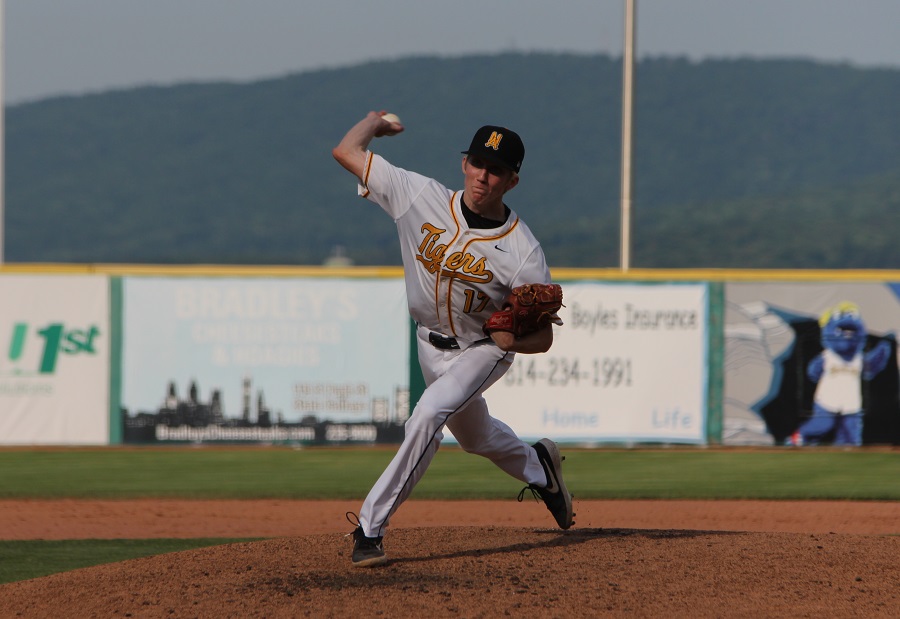 The North Allegheny baseball team dropped a 2-1 decision to the La Salle College Explorers in the PIAA Class 6A championship game on Friday at Medlar Field at Lubrano Park on the campus of Penn State University. The Explorers scored two runs in the second inning and held on for the victory for their third state championship and first since 2014.

In one of the lowest scoring championship games in PIAA history, hits were at premium in this title tilt and La Salle took advantage of two free passes in the second inning for the game’s first two runs. North Allegheny starting pitcher Kyle Demi walked Justin Machita and Dan Wagner to begin the inning and Brian Baquero followed with an RBI single for a 1-0 lead. An out later, Jephson Hadson-Taylor added an RBI single and the Explorers had navigated their way to a 2-0 advantage.

The Tigers were making their sixth appearance in the PIAA title game and were seeking their first state crown since 2000. Despite the deficit, North Allegheny reliever Joe Lang entered the game in the third inning and slammed the door on La Salle the rest of the day. Lang worked five innings of scoreless relief, allowing only one hit and struck out five batters. Lang was named the Wright Automotive Player of the Game for his outstanding performance on the mound.

With Lang keeping NA within striking distance, the Tigers began to claw their way back in the late innings. La Salle starter Ryan Marler limited the WPIAL champions to just three hits through five innings but issued a leadoff walk to Cole Young to start the sixth. Young stole second and advanced to third on a throwing error to set the table for NA’s first run. Senior Danny Gallon drove in his team-leading 32nd RBI of the season with a single to centerfield that scored Young, cutting the deficit to 2-1. Gallon’s 32 RBI’s is the second most in a single season in the history of the program, behind only North Allegheny Hall of Famer Adam Dobies, who drove in 33 runs in 2000.

In the bottom of the seventh, the Tigers challenged the Explorers thanks to a one-out single by Erik Sundgren and Ethan Gavlik followed with a walk to put the potential game-tying and game-winning runs on the base paths. However, Marler buckled down to collect the final two outs and La Salle hung on for the 2-1 victory.

Sundrgren finished with a 2-for-3 day at the plate, accounting for two of NA’s five hits. Hitting out of the No. 9 spot in the batting order, Sundgren ends the season having reached base in 10 of his final 12 plate appearances. Gavlik reached base three times in the game with two walks and a hit by pitch.

Marler (5-0) was the winning pitcher for La Salle and tossed a complete game for the second straight start. The right-hander allowed one unearned run on five hits with four strikeouts and three walks. Demi (9-1) suffered his first and only loss of the year for North Allegheny, permitting two runs in two innings on the bump.

Following Friday’s outcome, North Allegheny concludes the season with a 23-4 record and an eighth WPIAL championship. The eight district titles are the most of any school in WPIAL history. La Salle caps the year with a 26-2 record and the program’s third PIAA title.

Congratulations to head coach Andrew Heck and the entire North Allegheny baseball team for a memorable and record-breaking 2021 season.