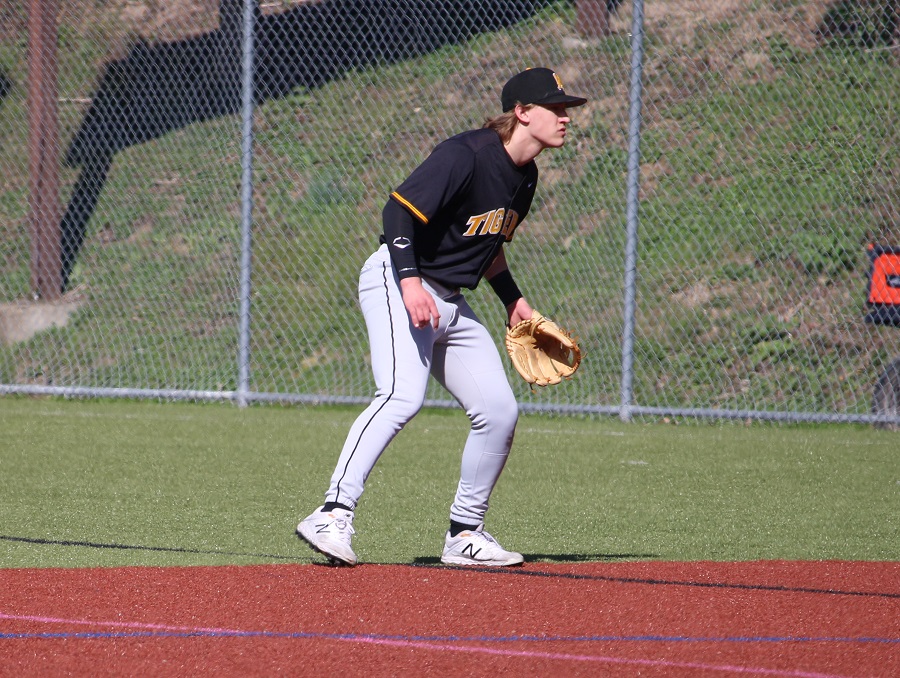 Thomas Zimmerman’s walk-off single in the bottom of the eighth lifted Pine-Richland to a 1-0 win over North Allegheny on Monday afternoon in Gibsonia. The outcome secures at least a share of the Section 1-6A crown for the Pine-Richland. NA has a chance to also earn a share of the section title in the rematch between the two teams, scheduled for Tuesday at NASH.

The contest was a pitcher’s dual between North Allegheny’s Connor Smith and Pine-Richland’s Andy Swartout. Smith pitched another gem and blanked the Rams through six innings, allowing only five hits with no walks and six strikeouts. The outing extends Smith’s consecutive scoreless inning streak to 16.1 innings.

Swartout was extremely efficient a pitched all eight innings to earn the victory. Swartout yielded only three hits with one walk and four strikeouts. Swartout also received great defense behind him with a pair of critical diving catches in right field by Peyton Ford, one of which initiating an inning-ending double play in the top of the sixth.

Sophomore David Posey was saddled with the loss for NA, pitching one-plus inning of relief with four walks and two punch outs and one run allowed.

The loss drops North Allegheny’s record to 9-5 overall and 6-3 in Section 1-6A. Pine-Richland improves to 8-7 overall and 7-2 in the section. The Tigers and Rams are slated to clash again, weather permitting, on Tuesday at 7:00 p.m. The game will be broadcast live by the North Allegheny Sports Network.