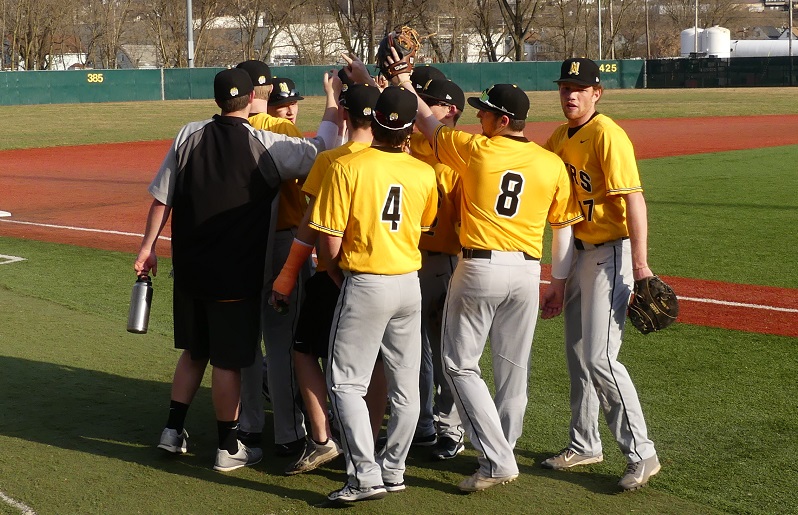 North Allegheny fell in extra innings to the Central Catholic Vikings on Wednesday afternoon, 4-3, in Section 1-6A play. The Tigers had a two-run lead late in the ballgame but the Vikings scored two runs in the seventh to force extra innings and won the game in the bottom of the eighth on a walk-off RBI double by Brandon Boyce.

North Allegheny used a three-run third inning to grab the early lead at Central Catholic. Senior Turner White stroked a two-out RBI single to plate Jared Orwell for a 1-0 lead. After a Luke Trueman double advanced White to third, senior Colin Cain followed with a two-run double to give the Tigers a 3-0 advantage.

Tigers starter Anthony Hattrup allowed just one hit in four innings to the Vikings. Central Catholic scored only one unearned run against Hattrup in the bottom of the fourth inning when an NA error allowed Brandon Gelpi to come home and cut the Tigers lead to 3-1.

A leadoff error by the Tigers in the bottom of the seventh allowed Boyce to reach and start a Central Catholic rally. Two outs later, Vinny Rauso doubled home Boyce to trim the Vikings deficit to 3-2. Andrew Walker tied the game at 3-3 moments later with an RBI single to send the game to extra innings. That set the stage for Boyce’s game-winning double in the eighth inning to propel Central Catholic to a 4-3 victory.

Boyce not only delivered the winning hit but was also the winning pitcher in relief with two scoreless frames. Cain was the hard-luck loser in relief for the Tigers, working 3.1 innings and permitting three runs but only one earned run. Cain struck out five and walked one.

North Allegheny slips to 5-3 overall and 1-3 in Section 1-6A. Central Catholic improves to 6-3 overall and 2-2 in section play. The Tigers will host Pine-Richland on Friday night at 6:30 p.m. The game will be broadcast live via the internet on the North Allegheny Sports Network.