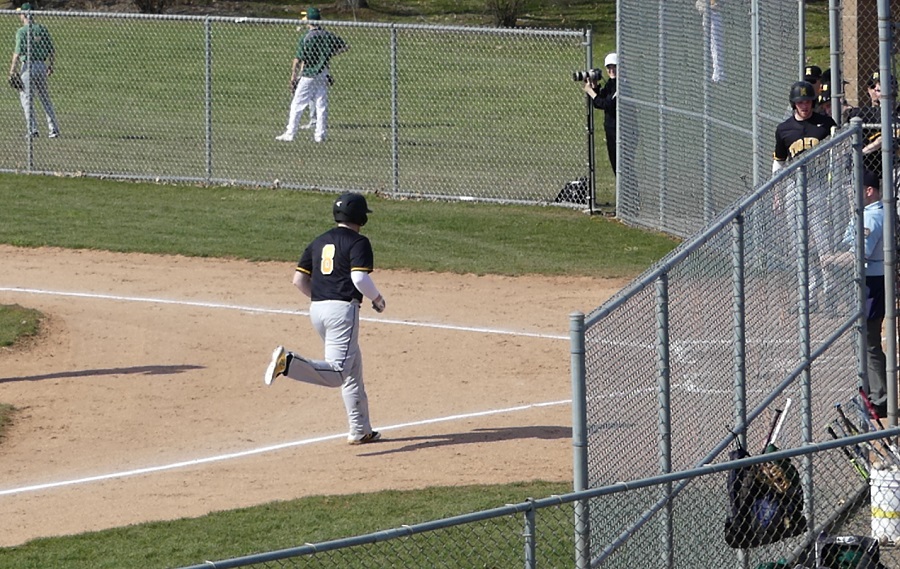 North Allegheny broke out the long ball on Thursday afternoon to topple the Penn-Trafford Warriors in non-section play, 6-2. The Tigers hit three home runs, including an inside-the-park homer by Colin Cain in the sixth inning that put the finishing touches on the victory.

The Tigers flexed their extra-base muscle early when Cain doubled to score Luke Trueman from first base for a 1-0 lead in the first inning. Senior Caiden Wood followed with a two-run homer to bring the score to 3-0, North Allegheny.

Penn-Trafford inched back into the game in the third inning and cut the score to 3-2 thanks to a sacrifice fly by Mario Disso and an RBI groundout from Cade Patterson.

North Allegheny struck back immediately in the top of the fourth with a two-run homer by Juliano Capretta for a 5-2 advantage. Cain put the game on ice with his inside-the-park home run in the sixth for a 6-2 victory.

NA starter Jack Kenna earned the win with a complete-game effort. Kenna limited the Warriors to two runs on three hits to improve to 1-0 on the season.  Penn-Trafford hurler Ben Mongelluzzo was the losing pitcher, serving up five runs to the Tigers in four innings of work.

With the win, North Allegheny improves to 4-1 overall, while Penn-Trafford falls to 3-3 on the season. The Tigers return to Section 1-6A action on Friday evening with a visit to Kelly Automotive Park to take on the Butler Golden Tornado. The game will be broadcast live via the internet on the North Allegheny Sports Network. Start time is scheduled for 5:30 p.m.