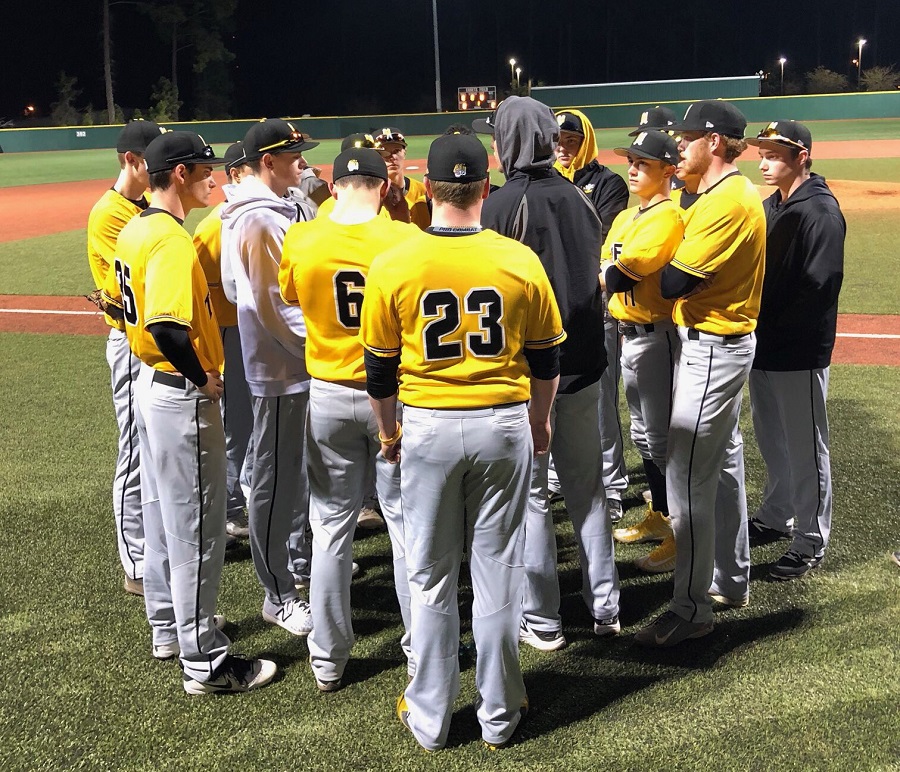 North Allegheny trailed 6-1 after three innings but rallied back for an 8-6 triumph in the 2018 season opener over Wheaton North (IL) on Saturday night. The victory capped a three-day southern trip to Myrtle Beach.

Despite falling behind by five runs in the early innings, the North Allegheny baseball team showed the same resolve it displayed a season ago en route to an appearance in the WPIAL Class 6A championship game. Ranked No. 3 in the Trib Live preseason poll, the Tigers showed Wheaton North why they are again expected to compete for a WPIAL crown.

In the fourth inning, NA cut the deficit to 6-2 on an RBI groundout by Juliano Capretta that scored senior Colin Cain. The Tigers trimmed the Wheaton lead to 6-5 in the fifth inning courtesy of an RBI single by Cain and a two-run double from  senior Caiden Wood.

The Tigers completed the comeback in the bottom of the sixth inning and opened the frame with a leadoff triple by senior Ben Surman. Part of a three-RBI day for Capretta, the senior catcher drove home the game-tying run with an RBI double that plated Surman for a 6-6 score. Two outs later, senior Turner White kept the inning going with a single and senior Luke Trueman cashed in with a two-run triple to give North Allegheny an 8-6 lead.

Trueman not only delivered the game-winning runs but also earned his first varsity victory on the mound with three scoreless innings of relief. The right-hander permitted only one hit and struck out five batters without a walk.