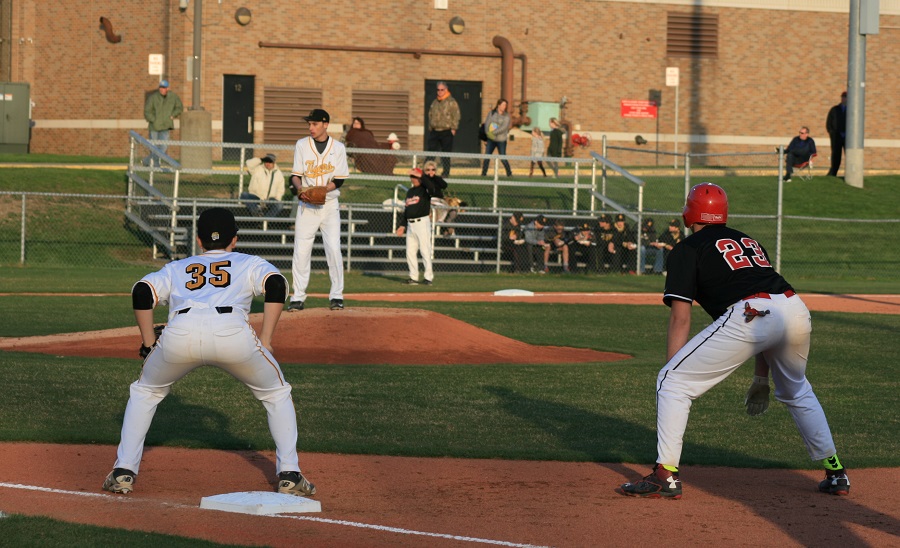 North Allegheny pulled both its overall and—more importantly—its section records back to .500 Friday night with a 7-1 home victory over Moon. The Tigers took advantage of four Moon errors to plate four runs in the third inning and propel them to the Section 1-AAAA win.

After giving up seven hits and one earned run in the first two innings, senior lefty Blaise Smiley settled down to pick up the win on the hill. He ended up going five innings, yielding only two additional hits and striking out three.

Once Smiley set down the Moon batters in order in the top of the third, North Allegheny’s offense went to work in the bottom half of the inning. Along with the four Moon miscues, the Tigers tallied three hits, including a double by senior first baseman Neil Woods and an RBI single by junior centerfielder Jon Dignazio.

North Allegheny tacked on another run in the fifth and two more in the sixth, and junior right hander Jake Fischbaugh worked two innings of relief to secure the victory. Fischbaugh gave up one hit in each inning, while walking one and striking out five.

With the win, North Allegheny improved to 7-7 overall and 3-3 in Section 1-AAAA. Moon fell to 7-5 overall, 2-5 in the section. The Tigers return to section play Monday afternoon at Pine-Richland. First pitch for that contest is scheduled for 4 p.m.