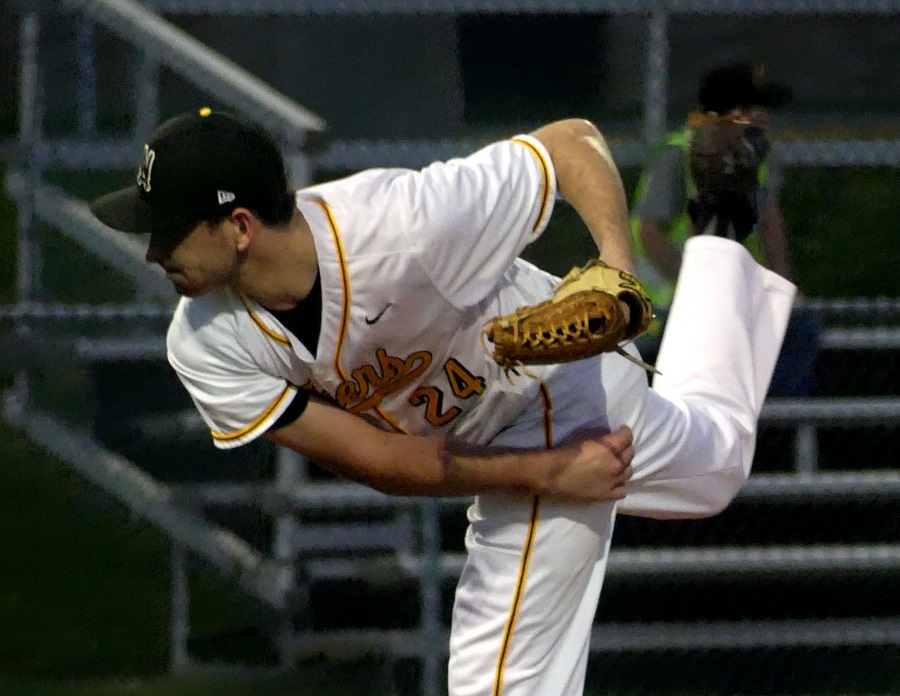 For the second time this season, senior pitcher Bobby Brown pitched a gem against section foe Shaler as North Allegheny edged the visiting Titans, 1-0, on Wednesday night. Brown allowed a harmless single to the second batter of the ballgame and proceeded to efficiently retire the next 19 consecutive Shaler hitters. Earning Wright Automotive Player of the Game honors, Brown threw a complete game shutout and struck out four batters without a walk to earn his second win of the season.

Locked in a pitcher’s duel with Shaler ace Christian Seelhorst, runs were tough to come by for Brown and the Tigers. Keeping NA off-balance with an effective curveball, Seelhorst pitched his way out of trouble and left Tiger runners in scoring position in the first three innings. After allowing three hits in the first three frames, Seelhorst didn’t permit a hit for the remainder of the game. However, the Tigers manufactured a run in the sixth inning courtesy of three Shaler errors.

Leading off the sixth, senior Jack Lehew reached base on an error by Shaler shortstop Kevin McHale. On an attempted snap throw to first base, the throw from Titans catcher Adam Zulka sailed into right field and Lehew took second base. An out later, Lehew stole third base and scored on another throwing error by Zulka and the Tigers took a 1-0 lead.  The run by Lehew proved to be the only one necessary as Brown finished off his masterful performance with a scoreless top of the seventh.

With the win, North Allegheny improves to 10-2 overall and 5-1 in Section 1-AAAAAA. Shaler slips to 9-6 overall and 2-4 in section play. The Tigers will visit Seneca Valley this afternoon for another section contest, weather permitting.