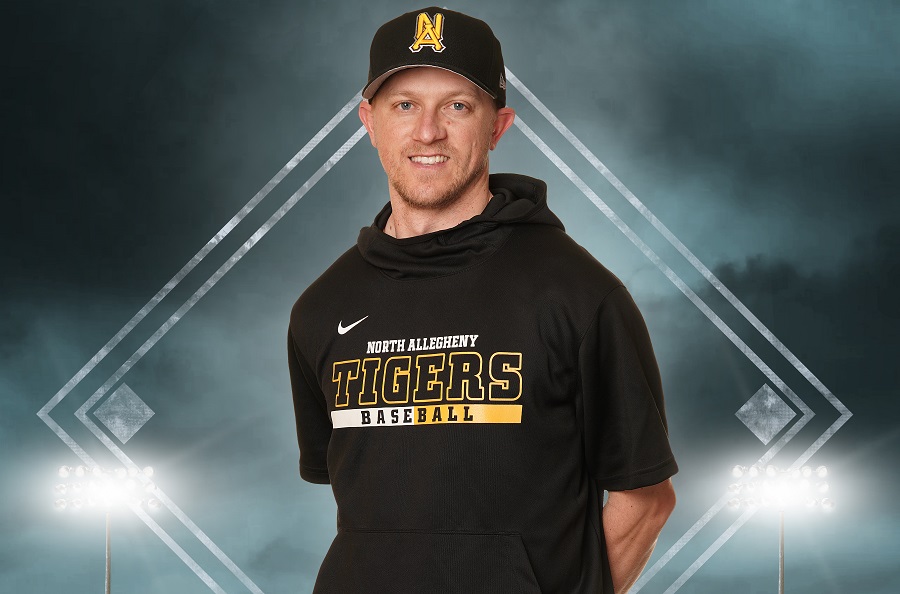 North Allegheny head coach Andrew Heck earned his 100th career coaching win as the Tigers rolled to an 11-0 victory at Butler in five innings on Tuesday night. Spurred on by a six-run third inning, the Tigers breezed by the Tornado to take a two-game lead in the Section 1-6A standings.

For the fifth straight game, North Allegheny scored a first-inning run and took a 1-0 lead on an RBI single by Cole Young. With runners at the corners and nobody out, Danny Gallon followed with a ground ball double play that scored Ethan Gavlik from third base for a 2-0 lead.

In the third inning, the Tigers busted the game wide open thanks to a six-run frame for an 8-0 lead. The big inning was aided by two Butler errors and highlighted by a two-run single by Aaron Galaska.

Senior Joe Manesiotis added a two-run double in the fourth inning and Harron Lee closed out the scoring in the fifth, racing home on a wild pitch to bring the final score to 11-0, Tigers.