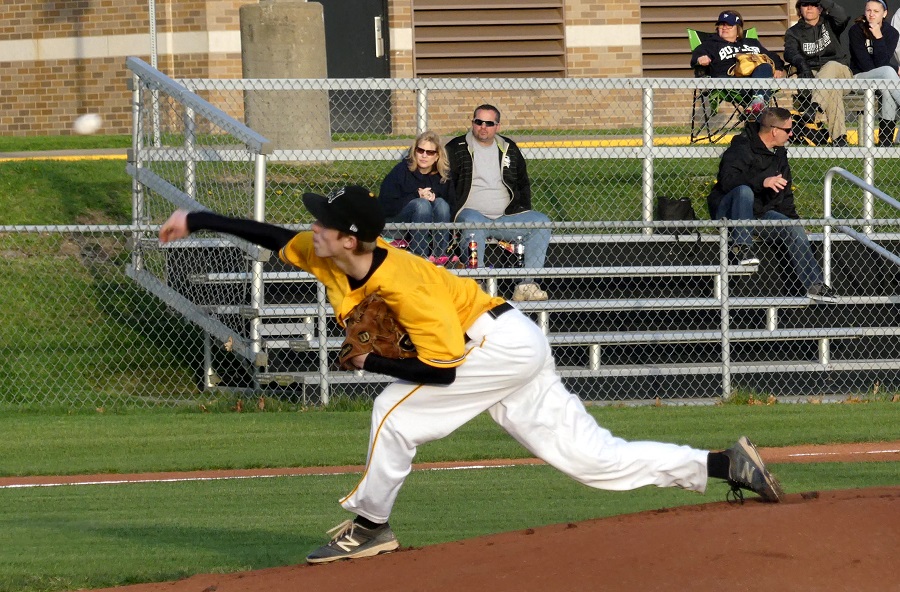 North Allegheny continued its early season surge on Wednesday night with a 3-0 shutout of the Butler Golden Tornado. The Tigers captured their eighth straight win thanks in large part to the efforts of sophomore Anthony Hattrup who silenced Butler with five innings of two-hit baseball, while striking out four batters. For good measure, Hattrup added a two-run single at the plate on his way to Wright Automotive Player of the Game honors.

Facing a strong Butler pitching staff and right-handed starter Brandon Fleeger, runs would come at a premium in this Section 1-AAAAAA contest. However, the Tigers struck quickly as leadoff man Jack Lehew stroked a double to open the bottom of the first inning. Fleeger issued back-to-back walks to Ben Surman and Bobby Brown to load the bases with nobody out. Moments later, Lehew trotted home on a double-play grounder by Colin Cain to take a 1-0 lead.

With Hattrup holding the Golden Tornado at bay, the Tigers added on to the lead in the fourth inning. Brown led off with a walk and Cain followed with a single. An out later, Brown and Cain advanced 90-feet on a passed ball. Fleeger struck out the next batter but surrendered a two-run single to Hattrup and North Allegheny’s lead increased to 3-0.

The three-run advantage proved to be more than enough as the NA bullpen kept Butler off the scoreboard in the final two innings. Kevin Janosko retired one batter via strikeout and Brown pitched the final 1.2 innings for his second save of the season.  Butler’s Fleeger suffered the loss, working five innings and allowing three runs (two earned), while striking out seven batters and walking six.

North Allegheny’s record jumps to 8-0 overall and 3-0 in section play following the win. Butler slips to 3-4 overall and 0-3 in the section. The Tigers will visit Pine-Richland on Wednesday for a first-place showdown with the Rams.