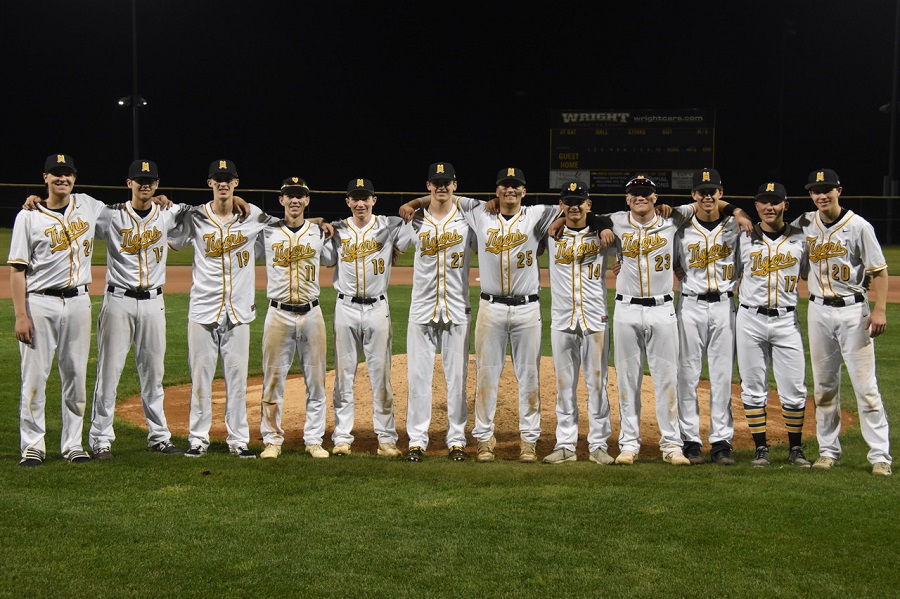 On senior night, the North Allegheny baseball team closed out the regular season with a 4-0 shutout of the Plum Mustangs on Wednesday evening. Senior pitchers Zach Trdinich, Niklas Baldis and Ben Tharpe combined for a one-hit shutout, with Trdinich (3-0) earning the victory. Posting a third straight shutout, the Tigers pitching staff extended its consecutive scoreless innings streak to 25 straight innings, permitting only six hits in that span.

The North Allegheny batting order did most of its damage early in the contest, including a two-run bottom of the first. Senior Shane Murphy drove in fellow senior Trevor Freyvogel with an RBI single, followed shortly after by a Plum wild pitch that scored senior Jared Orwell for a 2-0 lead.

With the victory, North Allegheny concludes the regular season with a 15-5 overall record. The playoff-bound Tigers await the WPIAL playoff pairings which will be released on Friday.