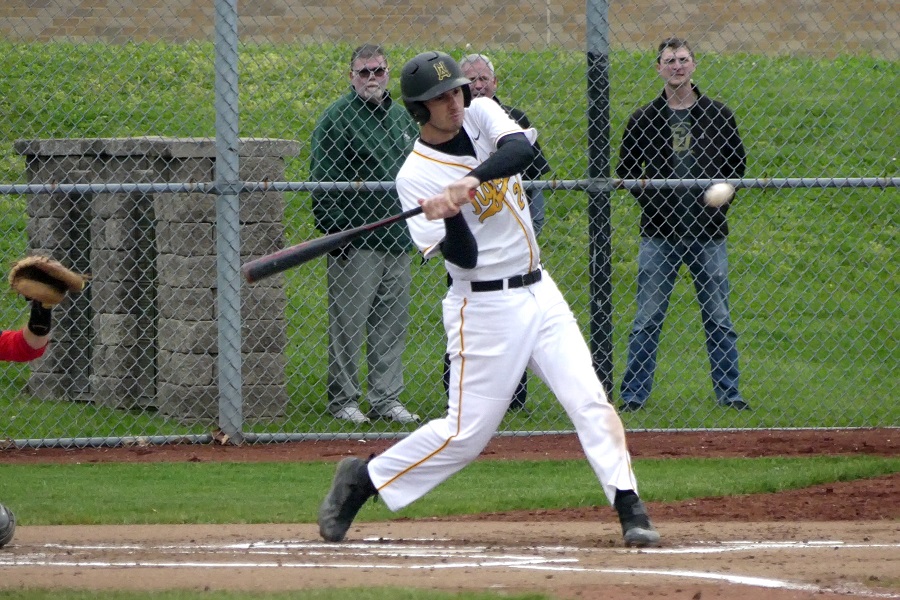 The Connellsville Falcons were making their first playoff appearance in 11 years and the North Allegheny Tigers made sure their stay was a brief one. The Tigers belted out 13 hits and scored 12 runs in a third inning avalanche for a 15-0 run-rule victory over the Falcons. Senior pitcher Bobby Brown pitched three innings of hitless baseball to earn the win and improve to 4-0 on the year. Connellsville starter Jacob Ansell suffered the loss and falls to 1-4.

North Allegheny scored three runs in the second inning and brought the game to quick halt with a 12-run outburst in the third inning to invoke the 15-run rule. Ten consecutive batters reached base to start the third inning and 16 men came to the plate before Luke Trueman ended the contest with an infield RBI single that scored Jack Lehew for the game’s 15th run. Leading the NA hit parade was junior Caiden Wood who went 2 for 2 with two runs scored and three RBI’s. For his efforts, Wood was named the Wright Automotive Player of the game.

The Tigers received two RBI performances from Justin Hamm and Ben Surman. Contributing to the rout were Trueman, Brown, Lehew, Alex Mesaros and Andrew Turzai who all drove in a run. Junior Colin Cain was 2 for 3 with two runs scored.

North Allegheny improves to 15-8 overall on the season and advances to the WPIAL quarterfinals where it’ll face defending WPIAL champion Norwin on Monday. Connellsville’s season ends with a record of 10-11.