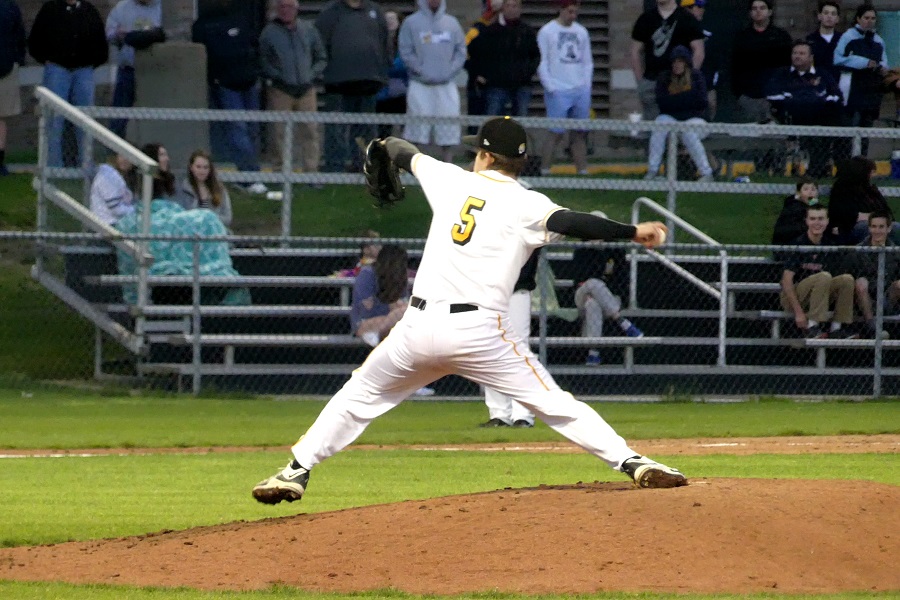 The North Allegheny baseball team matched up with Pittsburgh Central Catholic for the first time in six years and the Tigers dealt the Vikings a 3-0 defeat at NASH. The last time the Vikings met the Tigers they were shutout by NA, 5-0, on May 10, 2011. Friday night’s foray between these new section foes had similar results as Central Catholic was again blanked by the NA pitching staff. Starter Danny Caropresi pitched six strong innings, scattering three hits while striking out eight on his way to Wright Automotive Player of the Game honors. Reliever Caiden Wood pitched a 1-2-3 seventh inning for his second save of the season.

Central Catholic knuckleballer Drew Cebulak pitched admirably, allowing only three runs in 5.2 innings. Unfortunately for Cebulak, it was three runs too many because of Caropresi’s dominating performance. In the second inning, North Allegheny struck for a 2-0 lead on back-to-back RBI singles by Andrew Turzai and Ben Surman. The Tigers two-run lead remained intact until NA added on an insurance run in the sixth inning courtesy of an RBI single by Justin Hamm that scored Alex Mesaros for a 3-0 advantage.

The win improves North Allegheny’s record to 9-1 overall and 4-1 in Section 1-AAAAAA play. Central Catholic dips to 5-6 overall and 1-4 in section play. The Tigers will return to action today at noon for a home meeting with the Hempfield Spartans.