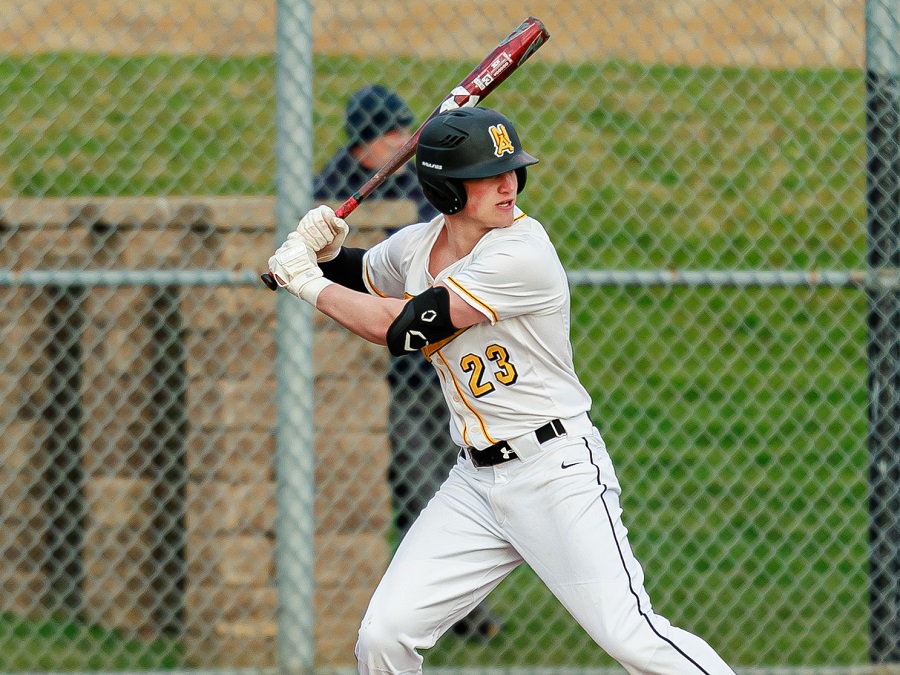 The North Allegheny baseball team concluded the 2022 regular season with a lightning-shortened shutout victory over South Fayette, 4-0 in five innings. The runs came in early and often as one came across in the opening frame and another two in the second. The final pitched of the game also produced the Tigers’ final run.

After senior Erik Sundgren walked with one out, classmate Aaron Posey drove him in on an RBI single to put the Tigers ahead 1-0. In the second, junior Anthony Varlotta led off with a triple. A double steal with junior Andrew Dougherty brought Varlotta home, and then Dougherty was eventually brought in on a sacrifice bunt by Sundgren.

The Tigers threatened in the fourth with a pair of singles by Varlotta and Dougherty, but the threat was snuffed out. Then in the fifth, NA concluded the game with four consecutive walks, starting with Sundgren who scored on the final pitch of the offering. As South Fayette commenced a mound visit, the game was called due to lightning in the area.

On the mound for NA, junior Andrew Hart was nearly untouchable. He struck out six of the first seven batters and only allowed one base hit through it all, fanning eight when all was said and done. He had a no hitter going until the first batter of the fifth.

The Tigers finish the regular season with a 15-5 overall record and will enter the WPIAL 6A playoffs as the No. 2 seed. They take on Upper St. Clair on Monday, May 23 at a site and time yet to be determined. The game will be broadcast live by the North Allegheny Sports Network.